U2 releases new song at Super Bowl, makes it available for free via iTunes 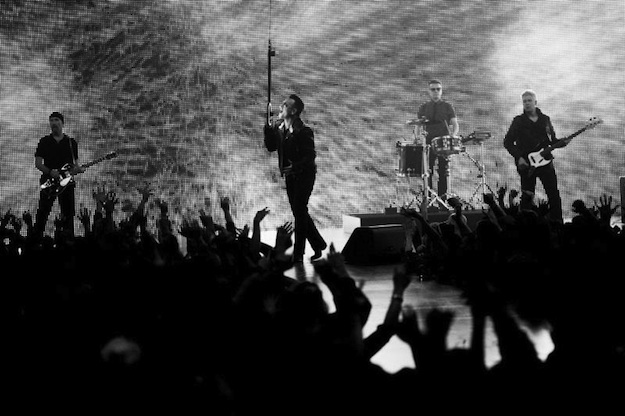 The Super Bowl has traditionally been one of the most high profile sporting events in American sports history, with Apple's Macintosh advertisement from 1984 being a benchmark of sorts. Also the memory of U2 performing at halftime during the 2002 Super Bowl is something that brings back memories for fans of American football. On Sunday, during the Super Bowl XLVIII between the Seattle Seahawks and the Denver Broncos, U2 launched its latest single 'Invisible' to audiences across the globe.

Of course the song premier wasn't the only thing. Starting 2 February the song is available as a free download on iTunes. The song will be available for free up until 3 February, till 11:59pm ET (5am 4 February GMT, 10.30pm 4 February IST).

The Bank of America (BOA) will be donating $1 for each download to U2frontman Bono's charity RED, which fights AIDS, malaria and tuberculosis, worldwide. BOA is committing $10 million for the charity with the Bill and Melinda Gates Foundation donating $10 million, and an additional $1 million each coming from both SAP and South Africa's Motsepe Family, bringing the total commitment to $22 million.

The unveiling itself had all the flair and panache of a Super Bowl event, with a black and white commercial, followed by marching drums and Bono pacing down a makeshift catwalk. Seconds later the song began with the remaining members coming in from behind and performing, with LED screens emitting sparks from behind them. The song itself happens to be the second new song that U2 has released in the recent months, with the previous one being 'Ordinary Love' from the film 'Mandela: Long Walk to Freedom'.
Comments