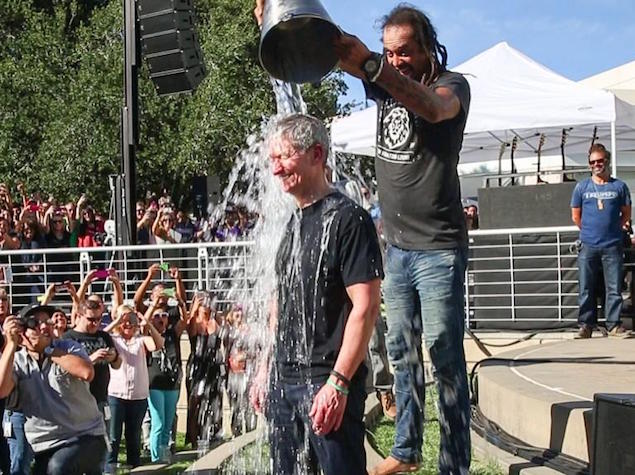 People taking 'ALS Ice Bucket Challenge' have to pour a bucket of ice water over their heads within 24 hours of receiving the challenge, or make a donation to the ALS Association in the same time period. The foundation says people could do both - take the challenge as well as make a donation, and most tech luminaries seem to have done just that. Those who successfully complete the challenge can challenge others.

Bill Gates and Sheryl Sandberg were challenged by Mark Zuckerberg, while Tim Cook was named by Phil Schiller, after the Facebook CEO and Apple Senior Vice President completed their respective challenges.

Tim Cook accepted the challenge in front of Apple employees, where musician Michael Franti dumped ice-cold water on his head.

Cook then challenged Dr. Dre, Disney's Bob Iger, and Franti himself to do the same within 24 hours.

Bill Gates spent more time preparing for the challenge than most, building a setup that dumped ice-water on him, unlike everyone else who had someone pour it on them.

Amazon CEO Jeff Bezos, who was challenged by Microsoft CEO Satya Nadella, also posted a video of ice bucket being poured on him: