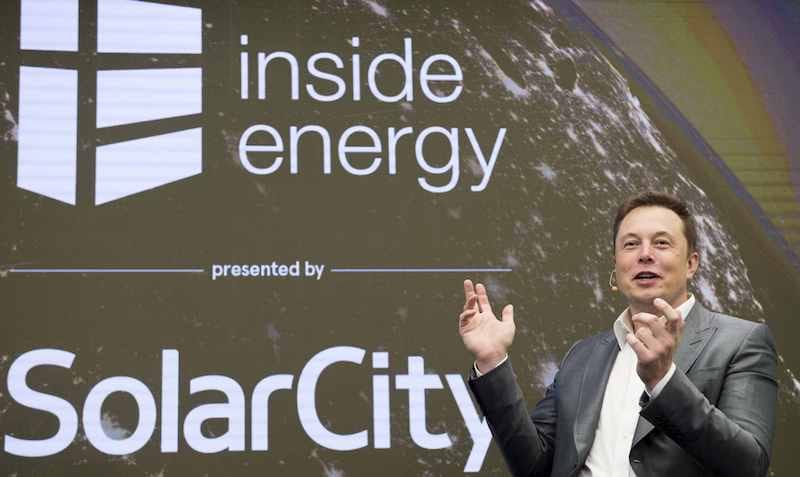 More than 85 percent of Tesla shares voted in favor of the deal, according to a company statement Thursday, which said SolarCity shareholders also approved the acquisition. The deal, valued at about $2 billion (roughly Rs. 13,619 crores), integrates the maker of Model S and upcoming Model 3 sedans with the installer of rooftop solar panels.

Shareholders are signing off on Musk's plan to combine and more efficiently run two companies that have a track record for fleeting profits and frequent fundraising needs. Tesla has lost about $4.8 billion in market capitalization since its initial offer to buy SolarCity on June 21, while the latter company's value declined by about $86 million.

Tesla has forecast SolarCity will add $1 billion in revenue to the combined company next year and $500 million in cash to its balance sheet over the next three years. Joining Tesla's retail network with SolarCity's installers and consolidating the two companies' supply chains may result in an estimated $150 million in cost synergies within a year.

Musk owns 21 percent of Tesla and 22 percent of SolarCity, making him the largest shareholder of both companies. He and Antonio Gracias, who also serves as director at both companies, recused themselves from a board vote on the takeover July 30. The all-stock deal is worth $20.23 per share, a premium of 2 percent based on SolarCity's closing price Wednesday. The premium was about 35 percent when first announced.

Investor Jim Chanos, whose firm Kynikos Associates Ltd. saw weakness in Enron Inc. before its collapse, has been highly critical of the merger in part because of the $2.89 billion in SolarCity debt Tesla will be taking on.

While any shareholder who votes for the deal "needs to have their head examined," Chanos told Bloomberg Television in an interview Wednesday, he expected the merger would be approved.

The deal drew mixed recommendations by proxy advisory firms, with Institutional Shareholder Services giving its blessing and Glass Lewis & Co. rejecting it as a "thinly veiled bailout plan." ISS said Tesla would be able to bridge cash-burning SolarCity's funding gap and called the deal a "necessary step" in the electric-car maker's push to become an integrated sustainable energy company.

The combined company's attention will now look forward to the aftermath of America having elected Donald Trump as its next president. The real-estate mogul has vowed to relax environmental regulations and tapped Myron Ebell, a climate-change skeptic, to head of his Environmental Protection Agency transition team.

Musk, a South Africa-born immigrant, has come under fire from conservative activists who would like to roll back subsidies for clean energy. The advocacy group Citizens for the Republic has called for Congress to end federal subsidies for "all Elon Musk companies," including solar investment tax credits.

Fans of Musk and his vision, meanwhile, doubled down heading into Tesla and SolarCity's vote Thursday. Austen Allred, an executive at San Francisco-based startup LendUp, wrote Musk on Twitter to say he "put 100 percent of his net worth" into Tesla, adding: "Don't even care if I lose it all. Thank you for what you're doing and have done."

"Wow, thanks," Musk wrote back Wednesday. "We won't let you down."