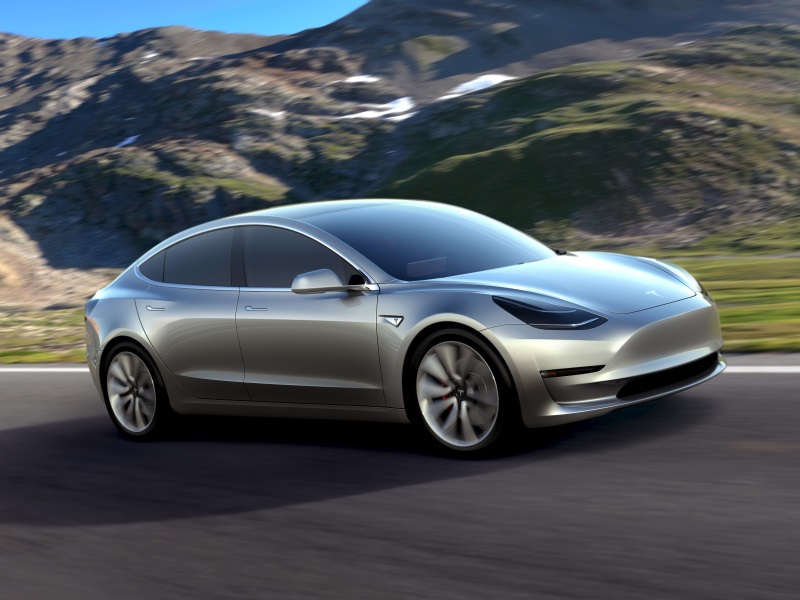 Tesla Motors Inc said on Monday that parts shortages hampered vehicle production and sales in the first quarter, but the electric car maker still plans to build 80,000 to 90,000 vehicles this year.

Tesla shares closed up nearly 4 percent, at $246.99, after it reported over the weekend that it had taken 276,000 orders through Saturday for its new Model 3 sedan. After the close, the shares surrendered some of those gains, drifting to $241.20, down 2.3 percent.

In the first quarter, Tesla delivered 14,820 vehicles, including 12,420 Model S sedans and 2,400 Model X utility vehicles. Earlier, the company told analysts it expected to sell 16,000 vehicles in the quarter.

Tesla said "severe shortages" of parts for the Model X in January and February cut into planned production. By late March, Model X production had ramped back up to 750 a week.

Unusually, Tesla blamed the parts shortages on its own "hubris" - specifically, in adding "far too much new technology" to the Model X, including a unique set of "falcon wing" rear doors that turned out to be far more difficult to engineer than the company anticipated.

Tesla also cited "insufficient validation" of its supplier capability, as well as its own inability to manufacture some of the parts in-house.

It said it is addressing all three issues "to ensure that these mistakes are not repeated with the Model 3 launch," which is scheduled in about 18 months.

Tesla Chief Executive Elon Musk has said the company aims to boost annual production to 500,000 units by 2020 after the introduction of the mass-market Model 3.

Investors have expressed concerns about the company's ability to meet ambitious production targets for the Model 3, especially after the slower-than-expected launch and production ramp-up of the Model X.