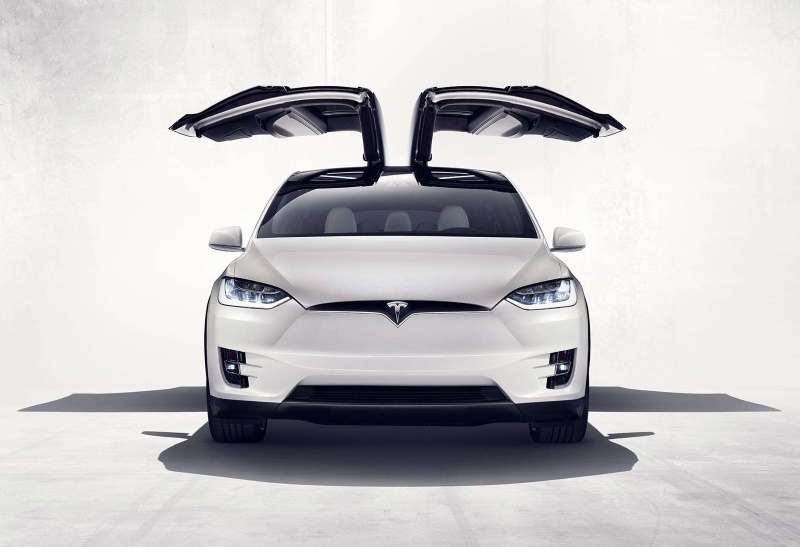 The Model X price can quickly ramp with extras such as self-driving capabilities, more powerful batteries, or "ludicrous speed."

Model X SUV comes in three models and are not expected to ship before the middle of next year.

The Model X will be the second electric vehicle that will be coming off the innovative car maker's production lines. It is also two years behind schedule.

The X has a surprisingly rounded and tapered profile for an SUV compared to the more massive frames and rectangular lines of its competitors.

This car is full of gadgets. The wing doors can be opened from a distance, with sensors adjusting the angle to avoid other cars parked close by, and there is a special "biodefense" air filtration button.

More than 20,000 reservations have reportedly been placed for Tesla's SUV since it was unveiled in September at the company's plant in the Northern California city of Fremont.

Tesla loyalists, the list of which includes Google co-founder Sergey Brin, have been able to get their hands on more expensive limited edition Founders and Signature versions of the Model X, according to Tesla.

The electric car maker hopes to expand its customer base, and become profitable, by expanding its line-up.

Tesla has yet to turn a profit, despite having won over stock market investors and public opinion.

Ratan Tata Invests in Singapore-Based Startup Crayon Data
Life on the Cloud? I'm Staying Offline Where I Can