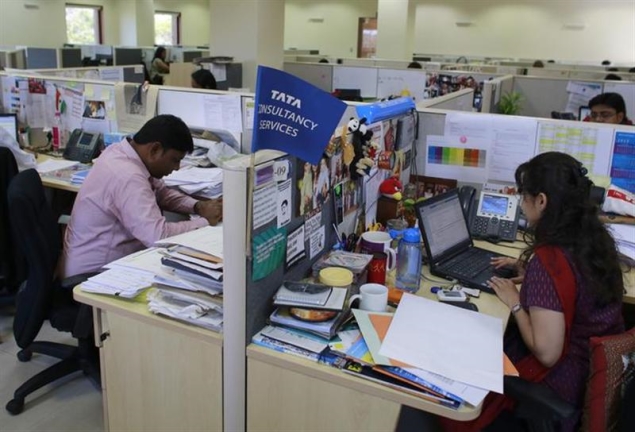 Companies such as TCS have stepped up efforts to increase their market share in continental Europe in recent years to reduce dependence on the United States, which is by far the biggest market for India's $108 billion IT services industry.

TCS and rivals such as Infosys and IBM won a record $6 billion of IT contracts in the three months to September 30, according to the Information Services Group consultancy, partly driven by IT outsourcing by European companies looking to cut costs.

Continental Europe contributed 11.2 percent of TCS revenue for the quarter, against 9.7 percent in the same period last year.

"Our pipeline is good, and I think from here we need to look at scaling in Europe," TCS Chief Executive N. Chandrasekaran told reporters after the company posted consolidated net profit for the quarter up 34 percent year on year to 47 billion rupees.

That compared with an average of 44.7 billion rupees in estimates by 27 analyst, according to Thomson Reuters I/B/E/S.

TCS, which employs 285,250 people, is on track to hit its gross hiring target of 45,000 to 50,000 staff for the financial year to March 31 and would consider going beyond that figure, said head of human resources Ajoyendra Mukherjee.

"We're quite positive, so we may increase hiring numbers," CEO Chandrasekaran added.

Shares in the company, India's largest company by market value, hit a record high on Monday in expectation of the earnings announcement after the stock market close on Tuesday. The shares were little changed on Tuesday, finishing the day at 2,215.40 rupees.

TCS's operating margin rose to a record 30.1 percent, with the rupee's decline against the dollar lifting the margin by three percentage points. The bulk of the company's contracts are in dollars.

The financial sector accounted for 43.1 percent of the company's quarterly revenue, up from 42.8 percent a year earlier.

On Friday Infosys, India's second-largest IT services provider, said that improving macroeconomic conditions augured well for client spending on IT outsourcing and raised the lower end of its revenue forecast range.