SeeNote Is the Only Sticky Note You'll Ever Need 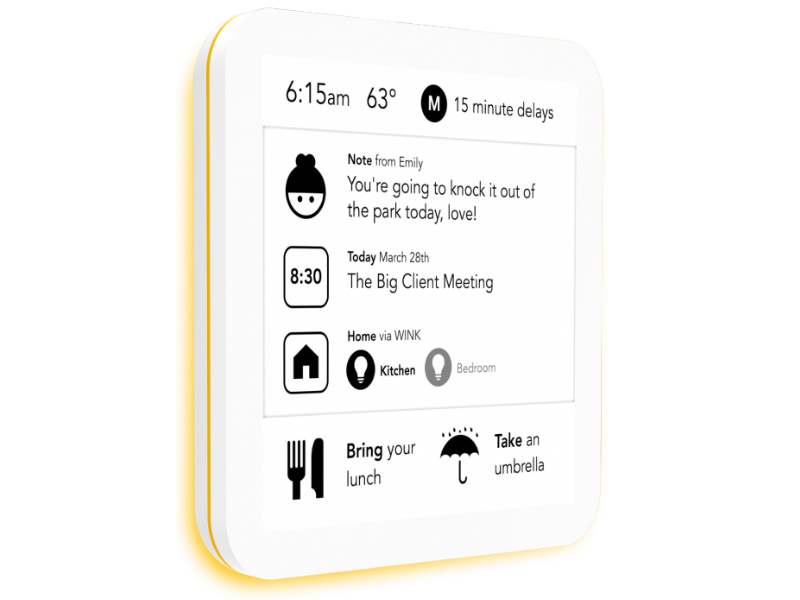 Sticky notes are great, but like all things analogue they have their limitations. They can't deal with an ever-changing list of things to remember, and certainly can't provide weather and traffic updates before you leave home. SeeNote is a digital sticky note that promises to deliver all that sticky notes do, and much more. There's only one catch - SeeNote isn't something you can get right now, but rather, you'll have to put down money to pre-order it.

SeeNote has an always-on e-paper display with front lighting so that you can see it in the dark. The 4.2-inch display is square-shaped with rounded corners and just about the right size to be mounted on the fridge or next to your door. The device ships with a mount that makes it easy to attach it to any part of your home. It shows the time, weather, traffic data via Google Maps and Apple Maps, your notes, and even syncs with the stock calendar apps on Android and iOS.

It also comes with an LED strip around the edge, which glows gently to let you know when a new notification comes in, and according to the creators, the battery lasts a month between charges so you don't have to keep it plugged in regularly. Add to that the fact that the e-paper display is also a touchscreen, and you get a device that's actually got a lot of interesting potential.

Its creators insist that SeeNote isn't just a mirror for your notifications. It supports apps such as Wink and IFTTT, which means that it can do a lot more than just show alerts; Wink lets you control smart gadgets from across brands and IFTTT allows you to automate a huge range of Internet connected services. This means that you can use SeeNote as a switch for lights, locks, and other hardware, using Wink, or you could use IFTTT to turn SeeNote into a digital scoreboard, or Twitter timeline if you want.

SeeNote has apps for both Android and iOS, which let you set it up and customise the device to show the data you need. The company claims SeeNote lasts for up to 30 days on a single charge. However, as with all gadgets that haven't shipped yet, we suggest that you take the company's claims with a healthy dose of scepticism. Cool as it sounds, the gadget isn't going to ship until spring 2017. If you want you can pre-order one for $99 (roughly Rs. 6,700), which is lower than its expected retail price of $129 (roughly Rs. 8,500).