Google doodles tribute to Sarojini Naidu on her 135th birthday 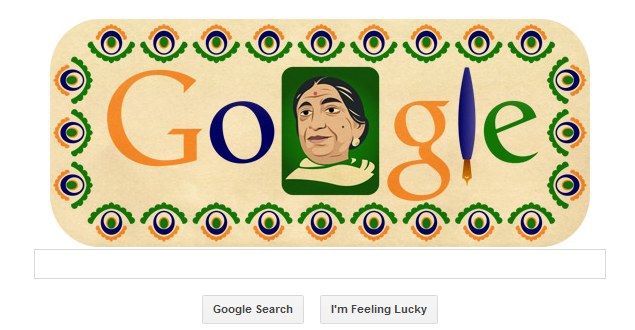 The Nightingale of India Sarojini Naidu is the subject of Tuesday's doodle on the Google India homepage.

Sarojini Naidu was born as Sarojini Chattopadhyaya in Hyderabad in 1879, the eldest of eight siblings, and was considered a child prodigy. Her parents were luminaries in their own fields, with her father a respected doctor who founded the Hyderabad College (later named Nizam's College), and her mother an acclaimed Bengali poet. Sarojini Naidu passed her Matriculation examination from the University of Madras, and went on to complete her education in England, first at King's College London and later at Girton College, Cambridge.

Apart from her contributions to the Indian independence and suffragette movement, Naidu was also famous for her literary career. She began writing at the age of 13, and her first collection of poems, The Golden Threshold, was published in 1905.

For more Google doodles visit this page this page.