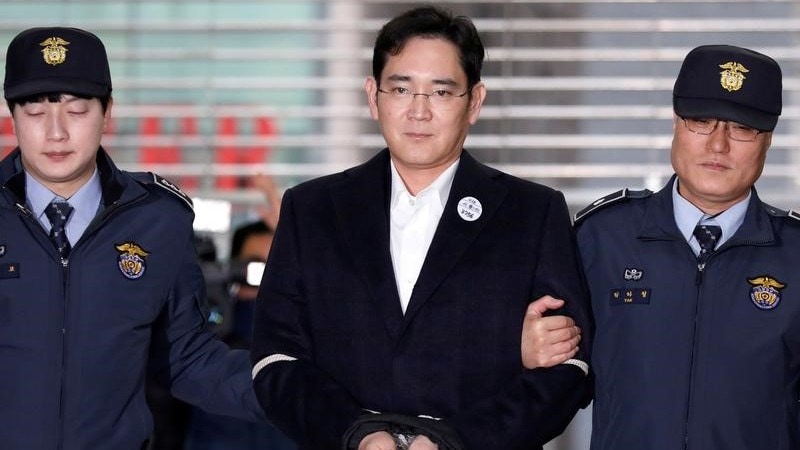 The 49-year-old was given five years in prison when his original trial concluded in August, making him the first Samsung chief to serve prison time, even though his father was twice convicted of criminal offences and his grandfather was earlier embroiled in scandal.

He had been convicted of a range of offences, including bribery, embezzlement, money laundering and perjury of parliament.

The case centred on payments Samsung made to Park's secret confidante Choi Soon-Sil, with prosecutors arguing they were intended to secure government favours.

But the appeals court on Monday struck out several of the convictions and reduced the penalty on the remainder to a suspended prison sentence of two and a half years.

"Park Geun-Hye and Choi Soon-Sil should be seen as the main players in this scandal," said the ruling, read out in court by one of the judges.

Four other Samsung Electronics executives convicted alongside Lee also had their convictions reduced, with the two who had been given prison terms similarly having their sentences suspended.

Since his father was left bedridden by a heart attack in 2014 Lee has been the de facto head of the sprawling Samsung group, by far the biggest of the family-controlled conglomerates known as chaebols that dominate Asia's fourth-largest economy, with its revenues equivalent to around a fifth of the country's GDP.

Amazon Is Still Finding Its Way in Australia