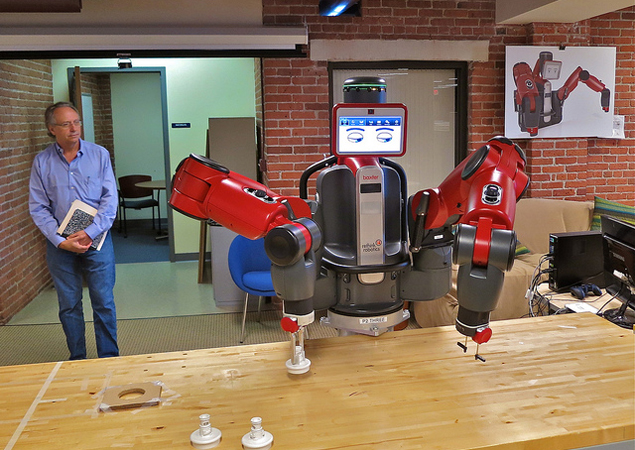 Scientists have developed a new robot that replicates normal human foot movements more closely than ever before.

Researchers designing adult bipedal robots have faced a challenge in limitations in a robot's walking pattern. They have been looking for ways to improve on designs to have robots move more naturally.

Researchers at the Humanoid Robotics Institute at Waseda University in Japan turned to their humanoid robot, WABIAN-2R (WAseda BIpedal humANoid - No 2 Refined), which already had a flexible pelvis, and stretched knees.

WABIAN-2R's feet also had the distinction of a curving arch and flexible toes, landing heel-first and lifting off at its toes, according to the magazine IEEE Spectrum.

The robot is under 5 feet tall, and weighs 64 kg, with 41 degrees of freedom.

Researchers redesigned lower legs of the WABIAN robot, now called WABIAN-2RIII, after studying humans walking. They analysed the average size and movement range in humans, and analysed motion-capture data to decide on the best performance requirements.

In tests of walking in place, they were able to match the human step time of 0.6 seconds and the required 12-degree foot rotation and 90-mm step width.

They also successfully reduced its centre of mass lateral movement from 50 mm down to 34 mm.

The researchers only conducted standing tests, with walking in place, and switching balance from foot to foot. In the future, the researchers intend to work on the robot's forward walking.

The team stated in the past that a robot as "a human's partner" would provide daily robotic assistance, and that kind of application was more in their line of view than an industrial robot earmarked for highly specified and constrained applications.

To accomplish the task, robots have to be able to move in indoor and outdoor conditions, they said, and biped humanoid robots are best suited for this.

They also noted that aside from robots as human assistants, there was a need for evaluation methods for assistive equipment, dependent on human body measurements. A biped humanoid robot optimised to serve as a human motion simulator is a step in the right direction, Phys.org reported.

The team, led by Professor Atsuo Takanishi, presented the results of their research at the IEEE International Conference on Robotics and Automation (ICRA) in Germany in June 2013.
Comments