Robot that works alongside humans launched in US 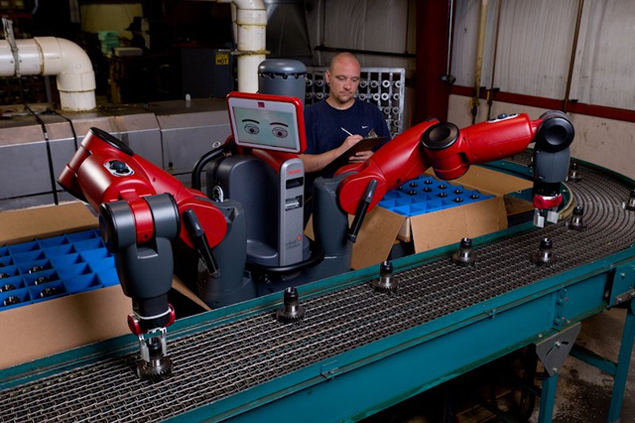 A humanoid robot with 'common sense', designed to work safely alongside its human co-workers on factory production lines, has been unveiled in the US.

It could apply common sense, adapt to its environment and be trained in less than 30 minutes to complete specific tasks, by workers without robotic expertise, its makers say .

Rodney Brooks, Rethink Robotics founder and former director of the MIT Computer and Science and Artificial Intelligence Lab, said that he hoped Baxter represented a "new concept in manufacturing."

"Roboticists have been successful in designing robots capable of superhuman speed and precision," Brooks said.

"What's proven more difficult is inventing robots that can act as we do - in other words, that are able to inherently understand and adapt to their environment," he said.

According to the International Federation of Robotics there are now 1.1 million working robots in the world.

In car manufacture, about 80 per cent of the production is completed by machines.

To teach Baxter a new job, a human guides its arms to simulate the desired task, and presses a button to program in the pattern, the report said.