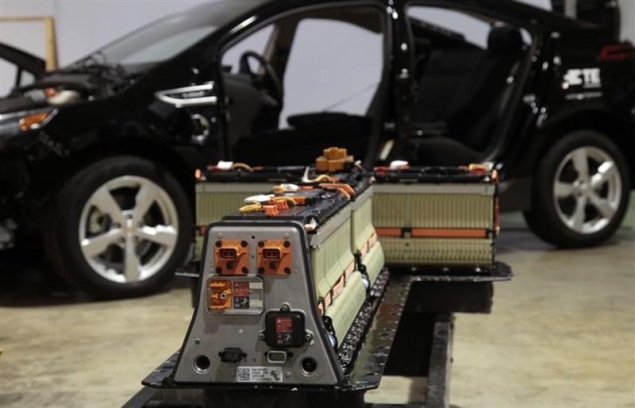 For nearly two years, a team of former Chevrolet Volt and Toyota Prius engineers has been working on the next big thing in electric cars: the latest version of the 154-year-old lead-acid battery.

Their aim is to build a battery strong enough to power a wider range of vehicles, something they think the current cutting-edge technology - lithium ion - can't do cheaply, particularly given recent safety scares.

The focus of Energy Power Systems on a technology older than the automobile itself illustrates the difficulty with lithium-ion batteries. While widely used in everything from laptops to electric cars and satellites, a number of high-profile incidents involving smoke and fire have been a reminder of the risks and given them an image problem.

The overheating of the batteries on two of Boeing Co's high-tech 787 Dreamliners, which prompted regulators to ground the aircraft, served to underline the concerns and forced the plane maker to redesign the battery system.

On Thursday, battery experts will gather in Washington, D.C., to discuss the technology in a forum organized by the National Transportation Safety Board, which is leading the investigation of one of the 787 incidents.

"Smart people have been working on this for 10 years already and no one is close to a new kind of battery," said Fred Schlachter, a lithium-ion battery expert and retired physicist from the U.S.-funded Lawrence Berkeley National Laboratory.

Many experts now believe it will take at least another decade for lithium-ion technology to be ready for widespread adoption in transportation. Others, including Toyota Motor Corp, believe the solution lies beyond lithium-ion.

Interviews with two dozen battery executives, experts and researchers, including the founder of Securaplane, which made Boeing's battery charger, reveal an industry in which some are having second thoughts about using lithium-ion, and are instead looking to enhance previous technologies or to leap ahead.

These people say expectations were set too high, too fast. People projected that "clean technology" batteries would shrink in size and weight at the speed of the microchip revolution. That hasn't happened, and Schlachter says it won't any time soon. "We're not going to see a different chemistry, unless we're very lucky, for decades."

Just as recent developments in technology have allowed cars to improve their mileage using traditional engines, the lead-acid battery research is aiming for improved power in a smaller package.

Beyond lithium-ion
Lithium-ion supporters, including Boeing, Tesla Motors Co and General Motors Co, maker of the Volt, say they can make the batteries safe, and problems with new technologies are to be expected.

GM overcame an early problem when a Volt caught fire during tests run by the U.S. National Highway Transportation Safety Administration, for instance, and after all, car and plane engineers successfully tamed gasoline and jet fuel.

"GM is committed to lithium-ion technology for our vehicle electrification solutions," the largest U.S. automaker said in a statement, adding that it has been seeing "improved economies" on the technology.

Boeing said it has years of experience with the technology and is confident in its safety and reliability. "Nothing that we've learned as a result of the ongoing investigations has caused to change the decision to use lithium-ion batteries," said the company in a statement.

Tom Gage, a battery expert whose company EV Grid works on ways to manage the charging of electric cars, says lithium-ion may be a little more "tempestuous" than other technologies, but is the best industry now has and he's confident it will improve.

"It's just a technological challenge," he said.

But other companies are looking beyond the technology. Toyota, for example, has tasked one team of battery engineers to explore a range of alternatives to lithium-ion.

"We don't think that lithium-ion batteries are going to help us get to a point where we can dramatically increase volume and really call it a mass market," Toyota spokesman John Hanson said. "We're going to have a more significant breakthrough and probably go into some other area of battery chemistry."

Dhar, who helped develop the nickel-metal hydride battery for the Toyota Prius, described his own "disenchantment" with lithium-ion's complexity and cost.

"Before the technology was fully optimized and before the markets were ready, we just kind of threw billions of dollars in setting up these manufacturing plants," Dhar said. "They're all sitting idle right now."

But the demand never materialized. A U.S. Department of Energy report described the Holland, Michigan factory as a place where workers spent their days playing board games, watching movies or volunteering at a local animal shelter.

Complexity
The Volt battery makes the case for critics and fans. After initial problems, it has worked without incident. But to keep it safe, the battery has more parts than the rest of the car combined, including 600 seals and cooling components.

"That's 600 seals that all have to stay for the entirety of its life otherwise you have catastrophic failures," said Josh Payne, who worked on the first Volt battery and is now senior engineering manager at Troy, Michigan-based Energy Power Systems. GM has repeatedly said the Volt battery is safe.

Lithium-ion batteries have been used to power electronics like camcorders, cell phones and laptops since 1992, and the Economist magazine in 2002 hailed them as the "foot soldiers of the digital revolution."

The batteries also were flammable. Some early laptops burned spectacularly, but the consumer electronics industry largely solved the problem. That set up expectations that bigger batteries would be tamed as well.

Inside the aviation industry, however, experts are wary.

"These things go into a flare type burn. I call it a whoosh. It is not an explosion per se," said aviation consultant Richard Lukso. "I've heard that whoosh four times, so I know what I'm talking about."

Lukso was startled by how difficult it was to track what was happening inside the battery. New microchips do the job, but he did not have them when he closed his company several years ago.

Meanwhile, Lukso faced the same problem as Boeing - once a fire got started in a big lithium-ion battery, it is tough to put out, since it creates its own oxygen and has its own fuel. The cost and weight of safeguards to stop heat spreading between cells, and to contain a fire, offset lithium-ion's advantages.

Boeing rival Airbus dropped lithium-ion batteries for its next passenger jet, the A350, to let the technology "mature."

"They are definitely powerful and they're more advanced," said Subhas Chalasani, an engineer who consulted for Boeing on the 787 battery and previously worked at GM. "But you've got to babysit them.

"We need, at various levels, some kind of breakthrough so we can make this technology more robust and safe," added Chalasani, who declined to specifically discuss his time at Boeing.

Chalasani is not working on that lithium-ion breakthrough. He's working at East Penn Manufacturing Co on advanced lead-acid batteries.