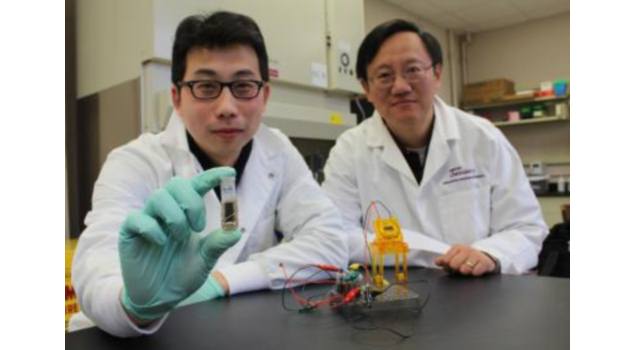 Cellphones, tablets, video games and electronic gadgets to run on sugar in next three years? It's quite possible, with new research paving the way.

A research team at Virginia Polytechnic Institute and State University, popularly known as Virginia Tech, has developed a battery that runs on sugar and has an unmatched energy density.

This ground-breaking development could replace conventional batteries with ones that are cheaper, refillable and biodegradable.

"Sugar is a perfect energy storage compound in nature. So, it's only logical that we try to harness this natural power in an environmentally friendly way to produce a battery," said YH Percival Zhang, an associate professor of biological systems engineering at Virginia Tech.

While other sugar batteries have been developed, this one has an energy density an order of magnitude higher than others - allowing it to run longer before needing to be refueled, said the study published in the journal Nature Communications.

"In as soon as three years, the new battery could be running some of the cell phones, tablets and the myriad other electronic gadgets that require power in our energy-hungry world," Zhang said.

Zhang and his colleagues constructed a non-natural synthetic enzymatic pathway that strip all charge potentials from the sugar to generate electricity in an enzymatic fuel cell.

Then, low-cost biocatalyst enzymes are used as catalyst instead of costly platinum, which is typically used in conventional batteries.

Like all fuel cells, the sugar battery combines fuel - in this case maltodextrin - a polysaccharide made from partial hydrolysis of starch - with air to generate electricity and water as the main byproducts.

"We are releasing all electron charges stored in the sugar solution slowly step-by-step by using an enzyme cascade," Zhang said.

Different from hydrogen fuel cells and direct methanol fuel cells, the fuel sugar solution is neither explosive nor flammable and has a higher energy storage density.

The enzymes and fuels used to build the device are biodegradable.

The battery is also refillable and sugar can be added to it much like filling a printer cartridge with ink, said the study.
Comments