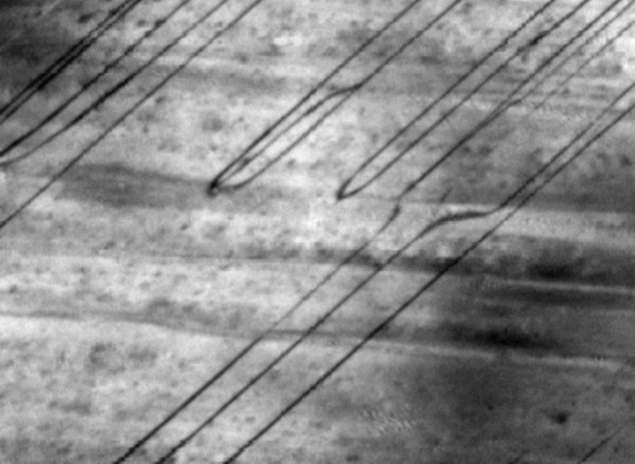 At a time when data aggregation has become a key challenge for the information technology industry worldwide, a sheer physical phenomenon has shown potential in storing data in the tiniest of spaces.

Domain walls, which separate areas in certain crystalline materials, display a polarisation, potentially allowing information to be stored in the smallest of spaces - thus saving energy, said a study.

Researchers from Forschungszentrum Julich (Julich Research Centre) in Germany, University of Silesia in Katowice, Poland, and Xi'an Jiaotong University in China, investigated so-called antiferroelectric crystals with the help of the most advanced electron microscopes and computer simulations.

Ferroelectricity is generated when displacements of positive and negative ions result in the formation of electrical dipoles, said the study published in the journal Nature Communications.

Ferroelectric materials are used to store data on train tickets.

Till date, these materials showed no electrical polarisation. The researchers have now discovered that certain areas within these materials do exhibit ferroelectric polar properties.

"We can imagine these materials as being like three-dimensional patchwork objects made from regularly-arranged building blocks, which are the domains," said Xiankui Wei, visiting scientist at the Peter Grunberg Institute at Forschungszentrum Julich.

"Within each individual building block, the polarisation is absent due to cancellation of oppositely arranged electric dipoles in the basic structure unit. However, the boundaries or 'walls' between domains are polar," Wei added.

The ferroelectric areas discovered are only around two nanometers thick and could, therefore, one day be used to store data in a tenth of the space that magnetic materials use, said researchers.

The researchers are now investigating these phenomena in more detail, concluded the research.