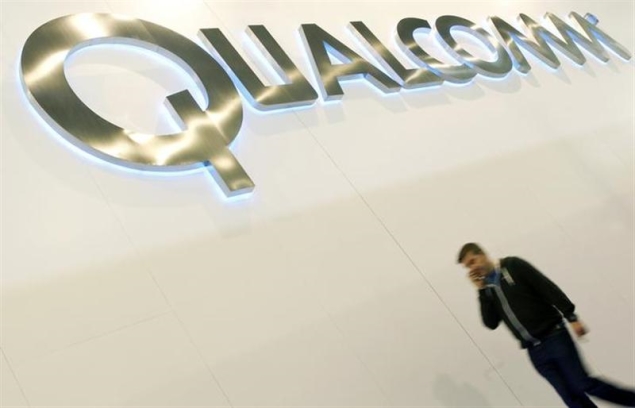 Qualcomm Inc has unveiled the Toq, a smartwatch that can play music and handle phone calls and messages, and said it would start selling the device in the fourth quarter, marking the chipmaker's entry into the emerging arena of wearable computing.

The company, which dominates the global market for applications processors for smartphones and tablets, introduced the device on Wednesday in a bid to showcase its own technology to manufacturers as Samsung Electronics Co Ltd unveiled its own much-anticipated "Galaxy Gear" in Berlin.

The Korean company's gadget also performs basic functions like calls, photos and messaging in concert with a smartphone.

Apple Inc and Google Inc are also widely believed to be working on "wearables" such as wrist-worn devices, in what analysts expect to be the next phase of the mobile communications boom. The exploration of such wearable-computing devices has accelerated in recent years as smartphone growth tapers off.

Qualcomm is using the watch, which works as a second display for a smartphone, to promote proprietary features including a low-power always-on display, wireless charging and stereo Bluetooth audio.

"We are in conversation with partners and our hope is that if we make a great product now and continue to improve it, it will make their offerings better as well," Anand Chandrasekher, Qualcomm's chief marketing officer, told Reuters at the company's annual developer event in San Diego.

Qualcomm executives said they would divulge more details on how to buy a Toq later this month, and did not specify a price. Tech blog Cnet reported it will sell for $300, similar to Samsung's $299 price tag for Gear.

The U.S. company said its Google Android-compatible Toq will be the first smartwatch with a touch-enabled "Mirasol" color screen that can be easily be viewed in bright sunlight.

Shares of Qualcomm gained 0.8 percent to close at $67.28 on the Nasdaq on Wednesday.