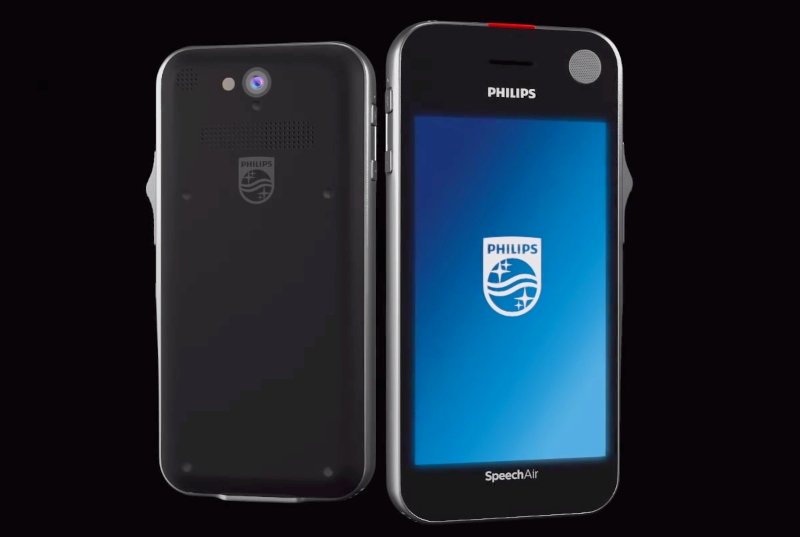 Philips last week launched SpeechAir, an Android-based digital voice recorder developed by Speech Processing Solutions - Philips' Austria-based subsidiary. The company has not yet mentioned the price of the voice recorder but has said it is available from the company's local retail partners.

"Philips SpeechAir unites the best of two worlds. It's the missing link between the worlds of smartphones and dictation recorders," said Dr. Thomas Brauner, CEO of Speech Processing Solutions during the launch.

By design, the Philips SpeechAir looks similar to a smartphone as it has a 4-inch WVGA (480x800 pixel) IPS touchscreen display with 16 million colour gamut protected by Gorilla Glass. It sports a rugged antimicrobial housing; a 5-megapixel rear camera - which can used to read bar codes; physical buttons to go back, home screen and access multi-window screen; a slider; and a microphone grille.

The SpeechAir runs on a customised version of now-dated Android 4.4.2 and is powered by a dual-core Cortex-A9 processor clocked at 1.6GHz, clubbed with 1GB RAM under-the-hood. It features 16GB of inbuilt storage (with 12GB user available), apart from Wi-Fi 802.11 a/g/b/n, Micro-USB, 3.5mm audio jack, and Bluetooth 4.0 connectivity options. The firm however, has not mentioned if one can access Google Play from the digital voice recorder or not, or, if a microSD card slot is present.

Weighing 116 grams, and measuring 127x62x15mm, the SpeechAir is powered by a 2700mAh battery that's rated to provide up to 12 hours of recording (DISS QP mode), and a standby time of up to 97 hours. It features an ambient light sensor, motion sensor, and an optical proximity sensor.

The digital voice recorder houses three microphones, with each meant for accomplishing different tasks. The SpeechAir includes a 360-degree microphone, a directional microphone, and one MEMS microphone for making VoIP calls. It comes bundled with a desktop docking station, headphones, and power cables.

The company boasts 256-bit AES encryption for the voice recordings in the SpeechAir. The recorder can be remotely controlled as well. Philips has also released a SDK to allow developers create more apps for the digital voice recorder. "When we developed Philips SpeechAir we thought of busy professionals who frequently travel or work remotely," said Brauner. "Thanks to the built-in functions, users don't need to wait until they're back in the office to transfer their data."