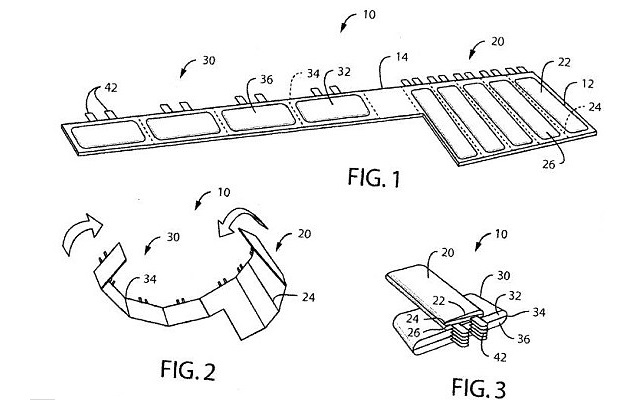 We have already heard rumours about Nokia creating their own smartwatch to compete with the likes of Samsung's Galaxy Gear and Sony's SmartWatch2, but it looks as if Nokia is involved in other wearable tech developments as well.

We learned today that Nokia has filed a patent for a foldable 'Battery Pack' which the company defines in patent filing as a battery comprising a series of cells which can be folded collectively.

Daily Mail reports that Nokia originally filed the patent in March this year and that the design is intended to resolve the battery issues of wearable devices such as smartwatches. Further, the patent listing suggests that the alleged Nokia 'Battery Pack' would be modified depending on device's size.

The report also speculates that Nokia's patent filing could lead to phones with super-thin profile or which are collapsible. The patent listing also reveals few images of the potential 'Battery Pack' prototype that can be seen housing a number of batteries on strip.

Earlier, a report revealed Nokia's alleged smartwatch prototype, codenamed 'Facet' spotted at US Patent and Trademark Office (USPTO) site. As per the patent filing, the Finnish major's smartwatch prototype appeared more like a bracelet that housed multi-displays. The report suggested that each display was dedicated to a different function.

The news comes at a time when companies like Samsung, Google, Sony and LG are scrambling to gain advantage in wearable technology market. While Nokia's alleged 'Battery Pack' foldable battery may be far from being reality, it certainly does suggest the trend of wearable technology is being taken seriously.