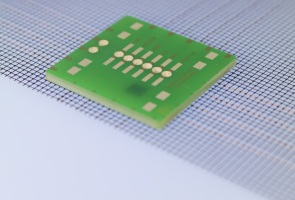 Scientists are developing a computer chip that could be implanted in an obese patient's arm to help them lose weight.

The chip could prove to be a possible alternative to surgical interventions such as liposuction or gastric bands.

It constantly monitors the circulating fat levels in the blood and has a feedback function and forms a messenger substance in response to excessively high blood-fat levels that conveys a sense of satiety to the body.

Biotechnologists skilfully combined different genes that produce particular proteins and reaction steps. They implanted the construct in human cells, which they then inserted into
tiny capsules.

After the capsules with the gene regulatory circuit had been implanted in the animals and intervened due to the excessive levels, the obese mice stopped eating and their bodyweight dropped noticeably as a result.

As the blood-fat levels also returned to normal, the regulatory circuit stopped producing the satiety signal.

"Instead of placing the mice on a diet to achieve weight loss, we kept giving the animals as much high-calorie food as they could eat," said Fussenegger.

The animals ate less because the implant signalised a feeling of satiety to them. Mice that received normal animal feed with a five-per-cent fat content did not lose any weight or reduce their intake of food, researchers said.

One major advantage of the new synthetic regulatory circuit is the fact that it is not only able to measure one sort of fat, but rather several saturated and unsaturated animal and vegetable fats that are ingested with food at once.

However, this development cannot simply be transferred to humans. It will take many years to develop a suitable product.

Fussenegger believes obese people with a body mass index of way over thirty could soon have such a gene network implanted to help them lose weight.

"The advantage of our implant would be that it can be used without such invasive interventions," said Fussenegger.
Comments