Must watch: The lighter side of Apple vs Samsung patent trial 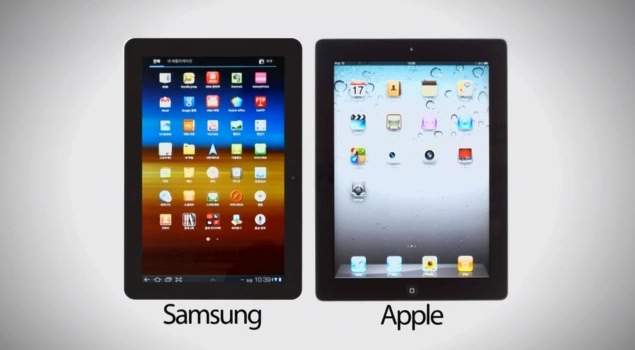 The court proceedings began last Monday in the blockbuster Apple-Samsung trial, a high stakes legal contest over infringement of patents for hot-selling smartphones and tablet computers.

Apple is seeking more than $2.5 billion in a case accusing the South Korean firm of infringing on designs and other patents from the iPhone and iPad maker.

Samsung counters that Apple infringed on its patents for wireless communication, so the jury will sort out the competing claims.

This is one of several cases in courts around the world involving the two big electronics giants in the hottest part of the tech sector, tablet computers and smartphones.

While the results so far have been mixed in courts in Europe and Australia, Samsung is clearly on the defensive in the US case.

What's at stake? Lots! If Apple wins, it would automatically get a permanent injunction on sales of Samsung devices. And if Samsung makes only minor changes, Apple could ask for the Korean firm to be held in contempt.

The case has huge financial implications for both firms and the burgeoning industry for mobile devices.

Ever since trial began Apple, especially, has been on the offensive. Apple's lawyer told the jury that Samsung began the effort to copy the iPhone as soon as it was publicly unveiled in January 2007.

"At the same time (Apple co-founder Steve) Jobs introduced the iPhone, he warned his competitors that he had filed for patent protection on more than 200 new inventions in the iPhone," Harold McElhinny said.

"Samsung was faced with a choice. Samsung could come up with its own designs, it could beat Apple fairly in the marketplace. Or it could copy Apple... it's easier to copy than to innovate."

"What we would like to do is simply compete in the market," Samsung chief strategy officer Justin Denison said. "We simply continue to try to deliver the latest products... to as many consumers as possible."

Currently, Apple is presenting its witnesses with names like Jonathan Ive and Phil Schiller having already taken the stand to testify in Apple's favour. The latest was a former Apple designer who claimed Samsung's phones were "confusingly similar" to the iPhone.

While the trial will carry on for some more weeks, here's something that will surely tickle your funny bone - comedian and late-night TV host Conan O'Brien and team's take on the Apple vs Samsung patent trial.

Note: The views expressed in the video are those of the creators and do not represent the view of ndtv.com or its affiliates.

With inputs from AFP
Comments