As innovators descended on the Consumer Electronics Show CES, companies offering better sanitizing were also promoting the cause of cleanliness.

The technology show has long had a focus on health, but makers of sanitizing devices said people need to look in their pockets and purses to the microbes on their personal gadgets.

The smartphone "is always warm, stored in dark places, so bacterias are growing on your phone," said Dan Barnes, co-founder of Phonesoap, which was displaying its device which sanitizes a phone and recharges it.

Barnes said he got the idea after reading a study indicating "that mobile phones are 18 times dirtier than public bathrooms." 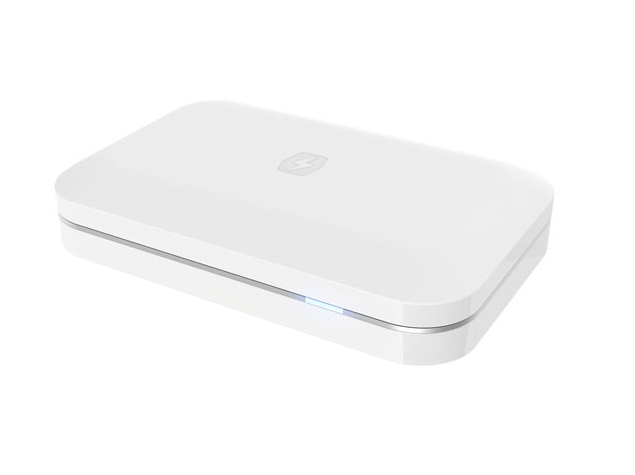 Barnes said his $50 device uses ultraviolet radiation which "kills the bacteria's DNA, so that they can't live on your phone anymore."

Similar devices were also seen at the huge electronics fair, including one called CleanBeats, which sanitizes, plays music and recharges two phones through a USB connection.

The CleanBeats device is based on NASA technology, and will soon hit the market with a $499 price tag, said spokesman Dennis Rocha for the California-based startup

The company website says its device produces "hydroperoxide catalytic molecules" to sanitize the surfaces of touchscreens.

Further reading: CES, CES 2014, CleanBeats, Phonesoap, apps, mobiles, smartphones
New desk will nudge you to stand up when you've been sitting too long
CES 2014: Samsung and LG showcase their vision of 'smart' homes