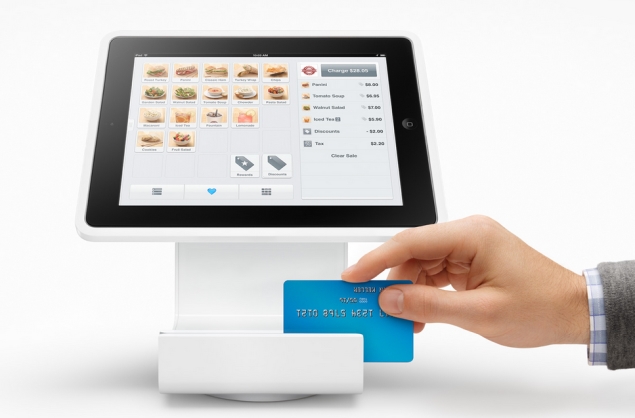 Visa and MasterCard are introducing Internet-based technologies to make it easier for shoppers to buy things at retail stores without pulling out a credit card.

The two technologies, announced separately on Wednesday, will give merchants and banks more options for incorporating so-called contact-less payment systems into their mobile apps. The customer uses the app to make purchases by tapping the phone to a store's card reader.

The technologies tap a new feature in Google's Android operating system. Before, card information had to be stored on a secured part of the phone. Now, it can be stored remotely instead. A retail or banking app on the phone then retrieves what's needed to complete the transaction.

Visa said it will provide app developers with a complete service, with card information stored on Visa's servers.

MasterCard said it will publish technical details by the end of June to help companies use the new Android feature, known as Host Card Emulation. MasterCard said it has been testing the technology with two major banks, Capital One in the U.S. and Banco Sabadell in Europe.

"The use of HCE provides a very attractive way forward to launch an increased number of NFC-based offerings," said James Anderson, MasterCard's group head for emerging payments, said in a statement.

Visa and MasterCard are both targeting phones that have a wireless technology called near-field communication. Many Android phones have that, and the remote storage capabilities come with the Kit Kat version of Android, which was released last autumn. Apple's iPhones lack NFC, but cases are available to enable that technology.

Visa said it will make tools available for app developers to incorporate payment capabilities. The customer can then use a smartphone instead of a plastic credit card at stores, transit systems and other places that accept contact-less payments.

The hope is to encourage greater use of contact-less payments, which experts say offer more security protections than plastic. The card number is stored in encrypted form and can be easily disabled remotely if a phone is lost or stolen. Mobile systems also permit easier use of one-time card numbers, which won't work for additional transactions and are useless should a merchant's computers get hacked.

Sam Shrauger, Visa's senior vice president for digital services in developed markets, said having payment information on remote servers is cheaper and easier to operate than using the phone's hardware.

With hardware-based systems, he said, wireless carriers and device makers sometimes restrict what can be done. Many U.S. carriers had blocked or made it difficult to get Google's NFC-based Wallet app, for instance, as they were developing a competing system, Isis.

Visa and MasterCard made the announcements ahead of the Mobile World Congress wireless trade show, which takes place in Barcelona, Spain, next week.
Comments