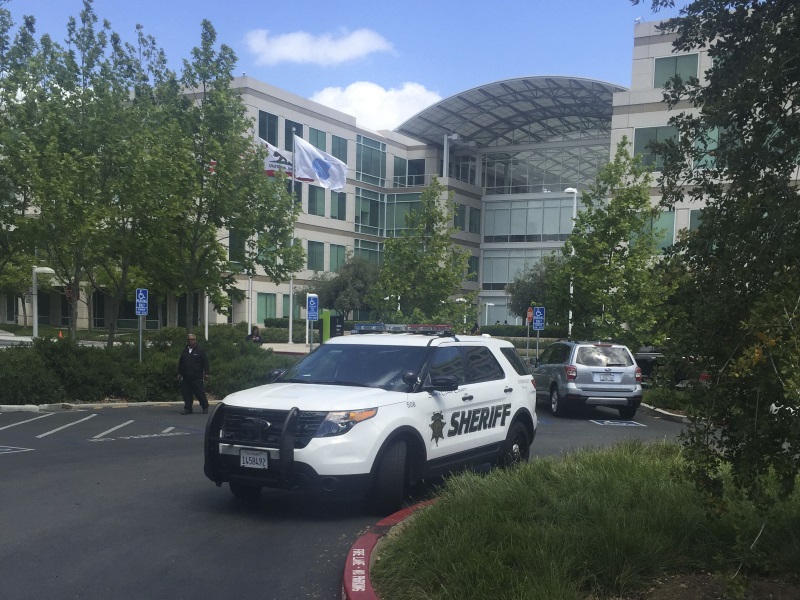 An Apple Inc employee was found dead on Wednesday at the company's Silicon Valley headquarters, police said, with local media reporting that the victim had suffered a head wound and a gun was discovered near his body.

Sergeant Andrea Urena of the Santa Clara County Sheriff's Office told reporters at a press conference that deputies were called to Apple's main offices in Cupertino at 8:35 a.m. PDT (1535 GMT).

"When deputies responded to the campus they found one individual male down and determined he was deceased," Urena said.

"Further investigation determined that no other individuals were involved. We believe this to be an isolated incident and that nobody else on campus or in the public is at risk," she added.

Urena said Santa Clara County Coroner's investigators would conduct an autopsy to ascertain the cause and manner of death. She said authorities were not searching for any suspects.

Dispatch audio posted on the newspaper's website also shows that the unidentified victim was found in a conference room on the campus with a gun.

Urena declined to comment on those reports at the press conference.

"We are heartbroken by the tragic loss of a young and talented coworker. Our thoughts and deepest sympathies go out to his family and friends, including the many people he worked with here at Apple," the company said in a statement.

The so-called Infinite Loop campus was calm on a cold and windy day in suburban Cupertino. A vehicle for the Santa Clara County Sheriff's Department could be spotted in the parking lot, as well as a handful of white Apple security vehicles with flashing yellow lights on top.

The Infinite Loop campus is the hub for Apple's vast workforce in Cupertino, which numbers 16,000 employees, according to a 2013 report on the company's economic impact. The company is constructing another campus in the city, a massive loop of glass often likened to a spaceship.

Apple on Tuesday reported its first-ever decline in iPhone sales and its first revenue drop in 13 years.