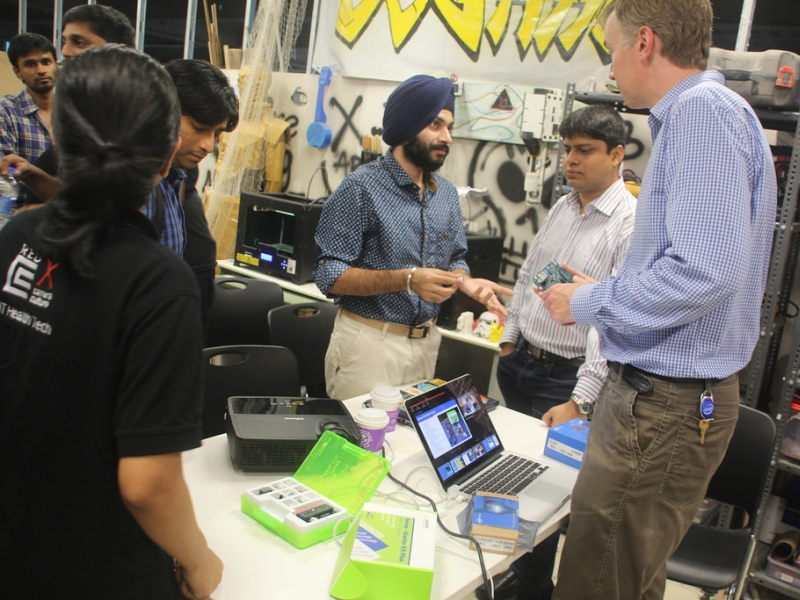 Our regular Kickstarter of the Week column looks at the latest projects to fund from the world of crowdfunding. We're looking for things like the next Oculus Rift or Pebble smartwatch, but this week, we came across something that isn't a product, yet would appeal to many. Maker's Asylum is a not-for-profit group that allows members to access expensive and hard to find tools, such as 3D printers and laser cutters. As one of the few maker spaces in Mumbai, Maker's Asylum has also carried out workshops to teach people from all backgrounds skills such as wood-working and electronics.

It's a great idea in a country like India where most people can't afford to use this kind of technology. A maker space allows just about anyone to become a product entrepreneur, making prototypes with the tools at hand, but unfortunately, the Asylum might be shutting down soon. Until now, it was sponsored by a design school, but it has to find new funding by the end of this month.

So now, the Asylum is looking to raise money through crowdfunding to help keep it going, and whether you want to support a maker space in India, or happen to live in Mumbai and want to make use of the Asylum, backing this project sounds like a great idea. The rewards range from discounted membership, to collectibles made by the Maker's Asylum.

If you're looking for tangible products to back, then the Maker's Asylum Indiegogo is not for you; but with that said, it's a project that could help a lot of people gain access to expensive and hard to find tools, and that is definitely something to consider.

To see more stories from the world of crowdfunding, check out our earlier Kickstarter of the Week posts.