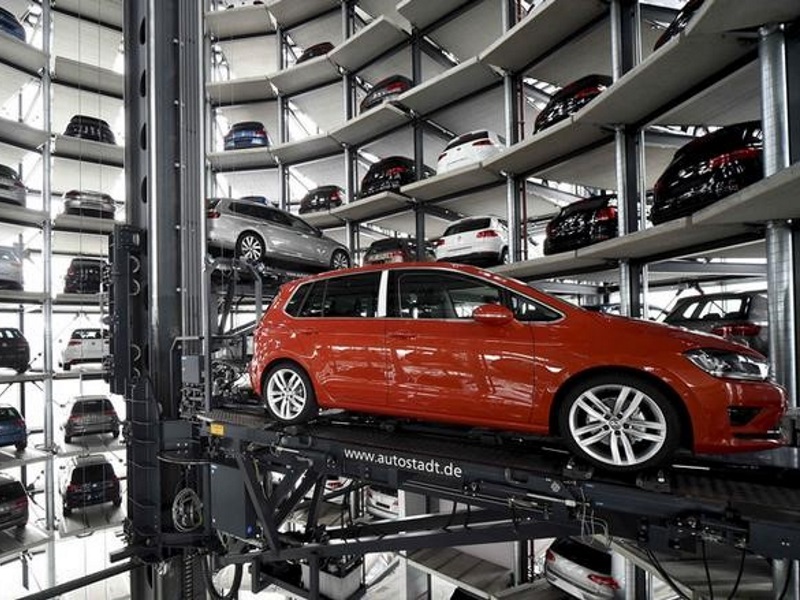 Ten automakers have committed to the US government and a private safety group that they will include automatic emergency braking as a standard feature in all new cars in the US market, a step transportation officials say could significantly reduce traffic deaths and injuries.

But safety advocates were swift to criticise the effort as a backroom deal that allows automakers to avoid the possibility that the Transportation Department will impose a legal requirement for inclusion of the braking systems in cars and set binding standards for the technology.

Making the technology widely available is part of a new era in vehicle safety in which the focus is on preventing crashes rather than on protecting occupants from their effects, Transportation Secretary Anthony Foxx said Friday in a statement announcing the commitments.

The announcement didn't specify a timetable for implementing the change. The automakers are Audi, BMW, Ford, General Motors, Mazda, Mercedes Benz, Tesla, Toyota, Volkswagen and Volvo. The manufacturers represented 57 percent of US car and light truck sales in 2014.

The commitments were made to the National Highway Traffic Safety Administration, which regulates automakers, and the Insurance Institute for Auto Safety, an industry group that researches and promotes safety.

The technology is already available in some vehicles, but typically as an option in higher-priced models like Cadillac, Infiniti and Lexus. It is also often bundled with other features like heated seats or faux leather interiors, making the overall package more expensive.

"If technologies such as automatic emergency braking are only available as options or on the most expensive models, too few Americans will see the benefits of this new era," Foxx said.

Automatic emergency braking includes a range of systems designed to address the large number of crashes, especially rear-end crashes, in which drivers do not apply the brakes or fail to apply sufficient braking power to avoid or mitigate a crash. The systems use on-vehicle sensors such as radar, cameras or lasers to detect an imminent crash, warn the driver and, if the driver does not take sufficient action, engage the brakes.

The systems could prevent or mitigate an estimated 80 percent of the auto and commercial truck rear-end collisions that cause about 1,700 deaths and a half million injuries annually, according to a recent report by the National Transportation Safety Board. There are about 1.7 million rear-end crashes each year in the US.

"This can't be voluntary," said Clarence Ditlow, executive director of the Center for Auto Safety. "This needs a mandated safety standard with rigorous performance measures that trigger a recall if an automaker doesn't meet them."

Only through the government rulemaking process will consumer groups have the opportunity "to raise the hard questions," such as if a type of braking system is capable of stopping a car going 25 mph, then why not 50 mph, which is closer to highway speeds," he said.

The traffic safety administration and the insurance institute said they will set specific performance criteria for manufacturers to meet their voluntary commitments, and will determine how soon consumers can expect to see the technology as standard equipment.

The commitments from automakers don't mean the government has taken the possibility of issuing regulations on the braking systems "off the table," Gordon Trowbridge, a spokesman for the traffic safety administration, said in an email.

"Today's announcement puts 10 automakers representing more than half of all light duty vehicle sales on the record as committed to making (automatic braking) standard on all their vehicles, and we expect that will accelerate the availability of that technology beyond what could be accomplished through rulemaking that could take several years," he said.

The Alliance of Automobile Manufacturers, which represents most large automakers, has opposed requiring that automatic braking be standard in all cars.

"Consumers should determine what vehicles they drive and what safety technology is in those vehicles," the alliance said in a statement.