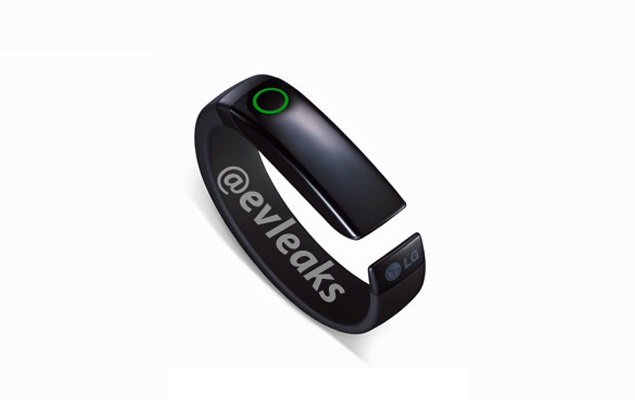 LG was said to be working on some wearable devices, one of them rumoured to be a fitness tracking wristband. Now it seems popular phone tipster, @evleaks has finally spilled the beans for LG, leaked an image that supposedly reveals LG's upcoming Lifeband Touch.

Notably, the alleged LG Lifeband Touch sports a similar design to Nike's Fuel Band. The leaked image shows an LG branding on the alleged wristband with a Green coloured light, which we assume might be the notification light for the device. Considering that the alleged LG wearable sports a 'Touch' tag, we expect the device to sport a touch interface at some place.

As of now, not many other details about both the alleged LG Lifeband Touch have been revealed. If the leaked image of the LG Lifeband Touch turns out to be true, then LG can be expected to enter the wearables segment quite soon.

An earlier report had revealed that LG has been working on a smartwatch rumoured to be named G Arch and has also been developing a fitness tracking wristband called the G Health, which now can be called LG Lifeband Touch, according to @evleaks.

Back in August, a company executive had confirmed the South Korean manufacturer's plans to enter the smartwatch market by 2014, and the new report suggests MWC would be the venue for the unveiling.