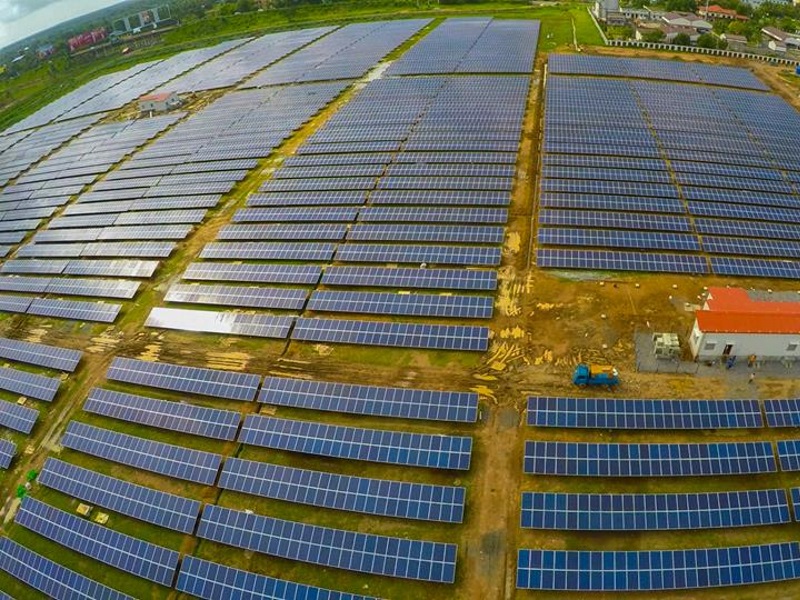 Scripting a new chapter, the Cochin International Airport Kochi on Tuesday became the first in the world to operate completely on solar power.

Kerala Chief Minister Oommen Chandy inaugurated the 12 MWp solar power plant, comprising 46,150 solar panels laid across 45 acres near the cargo complex, at a function at the airport Tuesday morning. The project, commissioned by Bosch, is the single largest solar project which has been constructed in an airport in India

With this, the airport will have 50000 to 60000 units of electricity per day to be consumed for all its operational functions, which technically makes the airport 'absolutely power neutral,' Cochin International Airport Limited (CIAL) said in a release, adding, it is the first airport in the world to operate completely on solar power.

CIAL had ventured into the Solar PV sector during March 2013, by installing a 100 kWp solar PV Plant on the roof top of the Arrival Terminal Block. This was a trendsetter in the field of grid-connected solar PV in Kerala.

The plant was installed by the Kolkata-based Vikram Solar Pvt. Ltd.

A total of 400 polycrystalline modules of 250Wp with five numbers of 20kW capacity 'Refu-sol make string inverters' were used in this plant. It is a grid connected system without any battery storage.

After the successful commissioning of this plant, CIAL installed a 1 MWp solar PV power plant partly on the roof top and partly on the ground in the Aircraft Maintenance Hangar facility within the airport premises.

This plant was installed by Emvee Photovoltaic Power Pvt. Ltd. 4000 monocrystalline modules of 250Wp with 33 numbers of 30kW capacity Delta make string inverters were used in this plant, which is the first Megawatt scale installation of solar PV system in Kerala, the release said.

Both these plants are equipped with a SCADA system, through which remote monitoring is carried out.

After commissioning, these plants have so far saved more than 550MT of CO2 emission contributing to the efforts of CIAL towards minimising environmental degradation, CIAL said.