Infosys Profit Rises 21 Percent on New Deals With US Clients 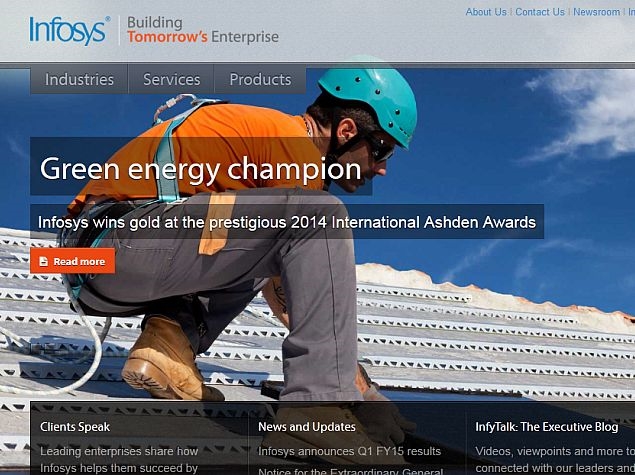 India's second largest IT services exporter by sales, which is based in the southern high-tech city of Bangalore, said it had signed 61 new clients in the quarter.

The results come after Infosys last month announced a new chief executive and said its co-founder N.R. Narayana Murthy was stepping down as executive chairman following a string of high-profile departures.

Murthy left after returning from retirement as executive chairman in June last year to help revive the company's fortunes.

Infosys created three decades ago by Murthy and six others around a kitchen table has been losing market share to rivals such as Tata Consultancy Services and HCL.

In October, it said it would pay $34 million to the US government to settle an investigation into alleged visa fraud by the company.

Many of India's IT outsourcing firms have reported subdued growth in recent years due to a global economic slowdown.