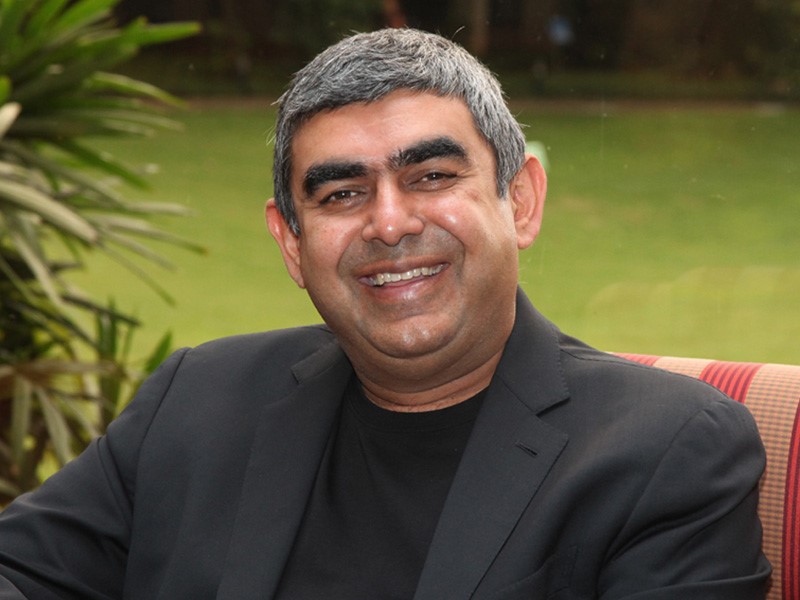 Global software major Infosys Ltd on Wednesday extended the tenure of its first non-founder chief executive Vishal Sikka by two years to 2021 as a reward for his initiatives and for restoring the IT firm's industry leadership.

In a regulatory filing in the stock exchange Bombay Stock Exchange after trading, the city-based company said the board re-appointed Sikka as managing director and chief executive from April 1, 2016, to March 31, 2021, on the recommendation of its nomination and remuneration committee.

The re-appointment of the former SAP honcho follows the amendment to the executive employment agreement signed on June 12, 2014, appointing Sikka for five years from August 1, 2014, to June 13, 2019, as the company's managing director and CEO and approved by investors at an emergent general meeting on July 30, 2014.

"The management, under Sikka's leadership, has drawn up goals for revenue, margins and people productivity for fiscal 2020-2021, which are expected to be achieved in the next five years. The board believes Sikka's leadership is essential to achieve the goals," the regulatory notification asserted.

"The new contract is fully aligned to the period and goals set (for 2021-22) and the shareholder value creation," the statement pointed out.

The board also approved the postal ballot notice, entailing stock incentive compensation plan and stock incentives to eligible employees of the company and its subsidiaries, reappointment of independent directors Jeffery S. Lehman and Punita Kumar Sinha.