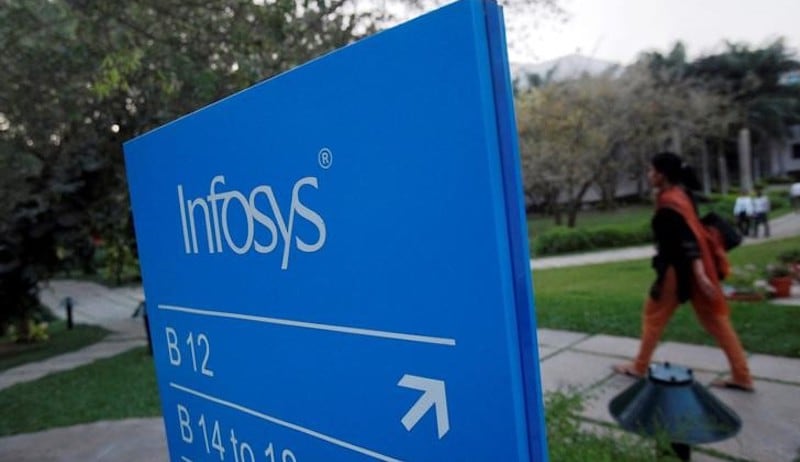 Infosys reported a 7 percent growth in its consolidated net profit at Rs. 3,708 crores for the October-December quarter of the current fiscal.

The Bengaluru-headquartered firm's net profit stood at Rs. 3,465 crores in the corresponding three months a year ago.

Its consolidated revenues in the third quarter rose 8.6 percent to Rs. 17,273 crores from Rs. 15,902 crores in the year-ago period, the company said.

Reacting to the results, Infosys shares fell 0.61 percent in early morning trade to Rs. 993.95 apiece on BSE. "Taking into account seasonal and other additional headwinds for the quarter, our Q3 revenue performance was broadly in line with our expectations," Infosys CEO and MD Vishal Sikka said.

Infosys COO U B Pravin Rao said the company's utilisation has remained healthy in a seasonally soft quarter. "Our continued efforts to improve employee engagement and experience resulted in a reduction in attrition. During the quarter, we added 77 clients and also added 2 clients in the $75million-plus revenue category," he added.

Besides, Infosys has appointed Ravikumar S as Deputy Chief Operating Officer, who will report to Rao with immediate effect.

In addition to his current responsibility of heading the global delivery organisation, Ravikumar will oversee certain strategic business enabling functions and will be based in India, it said.

During the quarter, Infosys paid interim dividend including tax of Rs. 3,029 crores.

Infosys' total headcount at the end of December quarter stood at over 1.99 lakhs, down marginally from the September quarter.

Its liquid assets including cash and cash equivalents, available-for-sale financial assets and government bonds were at Rs. 35,697 crores as on December 31, 2016 as compared to Rs. 35,640 crores as on September 30, 2016.