The printed circuit boards built by Green Circuits are needed for things like medical and defence equipment.

The managers at Green Circuits — a small Silicon Valley electronics factory — thought they would have to close when the San Francisco Bay Area directed non-essential businesses to shut almost three weeks ago. But messages soon flowed in from customers telling them their parts were needed for things like medical and defence equipment. One customer is now rushing to build ventilators that might use printed circuit boards made by Green Circuits.

What happened next is occurring, in some form, at factories across the United States. While some, including sprawling auto assembly plants, have halted production lines and laid off or furloughed workers, those that make goods deemed essential are scrambling to keep moving and struggling to keep frightened workers on the job.

"The defence customers were the first to let us know" that they had to keep producing, said Joseph O'Neil, the company's chief executive officer. They said "meet our delivery dates, or we will show up to help you do it," he added.

His first move was to redesign the plant's work schedule. The company, owned by the Dallas-based private equity firm Evolve Capital, always had the first and second shifts overlap for a half-hour. That allowed workers arriving in the afternoon to confer with colleagues as they handed off duties.

But O'Neil said they realised that would risk their whole workforce getting quarantined for 14 days, if someone got infected by the coronavirus and spent time at the factory as part of this larger group.

The solution was to create three separate teams of 40 workers each. The first shift now ends at 2pm, and then there's an hour when the workspaces, tools, and breakrooms are sanitized. The third team does not work at all, but rather is held in reserve and available to jump in if an illness hampers one of the two other teams of workers. 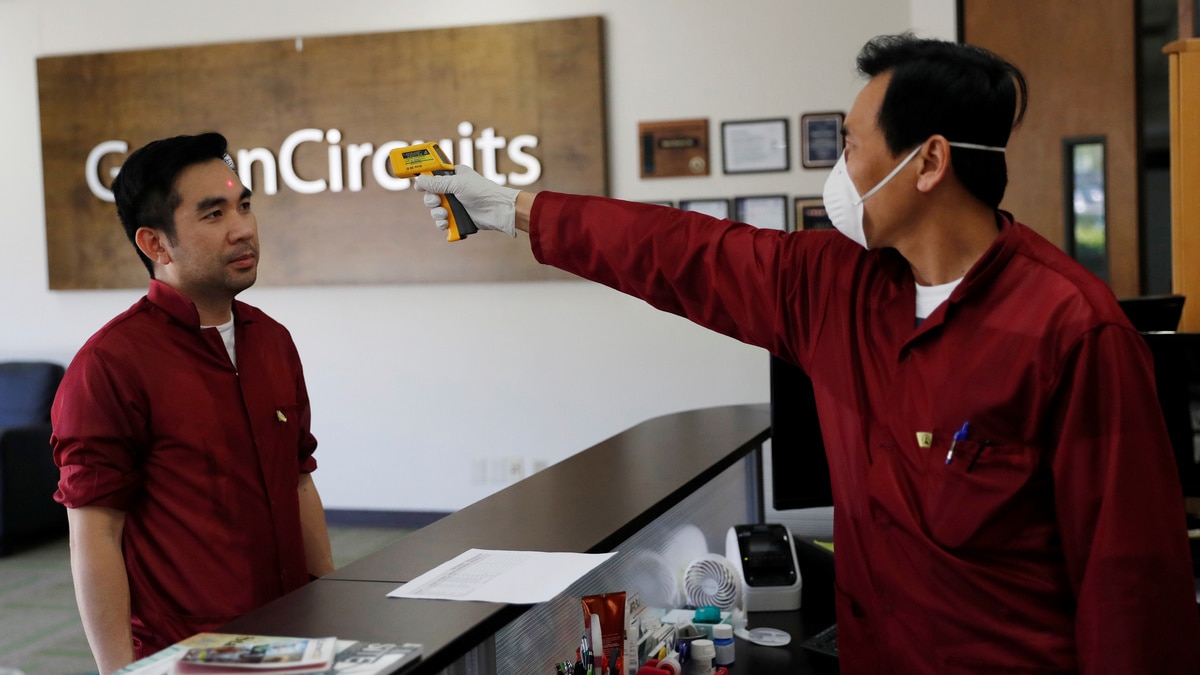 Within days, an even bigger problem emerged and continues to dog the factory: Workers baulked at coming to the job, fearful that spending hours on the production line with coworkers might expose them and their families to the virus.

O'Neil said the governor of California jolted his workforce when he broadened the shelter-at-home order to the entire state. That day, March 19, a few dozen elected to stay at home and requested a move to furloughed status.

"This put in jeopardy our ability to meet our ongoing commitments to essential efforts," O'Neil wrote in an email as he was sorting through how to respond.

The company began calling workers, pleading with them to keep going, and created a website — in English, Spanish, Korean, and Vietnamese — to communicate updates on the safety measures they were putting in place and the essential nature of their work. The company assigned one worker on each shift to do nothing but move through the factory, cleaning surfaces.

They were able to coax most of the workers back to the job, said O'Neil. But anxiety continued to grow.

A supervisor who runs the plant's receiving dock sent O'Neil an email on March 23, complaining that his team meets at least 6 people every day. Who knows "what they have been exposed to," he wrote, adding that his loading dock workers were the "most vulnerable" compared with other departments in the plant.

About half of their customers are close enough to the factory that they were accustomed to dropping off and picking up goods, often without warning. Now, customers must only use shipping services, such as FedEx, and a "two-gate system" and use a video doorbell to talk to someone inside the factory. After the delivery driver leaves the goods, a worker comes out and wipes down the boxes before bringing them in to the factory.

The company is also evaluating a plan to use the ultimate retention tool: money. The proposal, not yet approved by the owners of the company, is to give workers an additional $2 an hour through April — which would be paid in December if the worker is still on staff. O'Neil said they would likely extend this for at least an additional two months — which could add up to a $1,000 bonus for each employee in December.

"This has been a weird, unique — and hopefully once-in-a-lifetime experience," said O'Neil. "This is the stuff business schools will teach in the future."