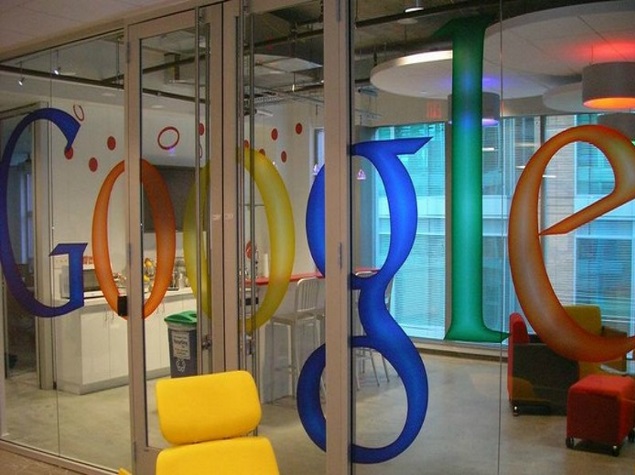 Google unveiled plans Friday for a new campus headquarters integrating wildlife and sweeping waterways, aiming to make a big statement in Silicon Valley - which is already seeing ambitious projects from Apple and Facebook.

The design also includes lush public gardens, looping covered bikeways and futuristic-looking buildings that can be moved about like toy blocks.

The redesign on the Google property in Mountain View, California, by Danish architect Bjarke Ingels and London-based Thomas Heatherwick, was submitted to local officials Friday, with details released on the company's official blog.

The latest huge design project in Silicon Valley comes as Apple is in the midst of building its "spaceship" campus and Facebook is using renowned architect Frank Gehry for its campus expansion.

Google -which has faced opposition from locals -- said its new design is aimed at "rethinking office space."

"As we've inhabited a variety of workplaces - including a garage in Menlo Park (California), a farmhouse in Denmark and an entire New York city block -- we've learned something about what makes an office space great," Google vice president for real estate David Radcliffe said in a blog post.

Radcliffe said the new campus will "lead to a better way of working."

He added that "instead of constructing immoveable concrete buildings, we'll create lightweight block-like structures which can be moved around easily as we invest in new product areas."

The plan includes large canopies over the campus which "regulate climate, pollution, and sound, while freeing spaces from traditional architectural limitations like walls, windows and roofs."

It aims "to blur the distinction between our buildings and nature," added Radcliffe.

One rendering shows a loop for bicycles and pedestrians going through the center of one building, connecting with cafes and local shops.

Tensions in the Valley
The New York Times, which first reported on the Google campus plan this week, said the project has raised concerns in the once-sleepy community of Mountain View about being overrun by the technology behemoth.

The expansion of the wealthy tech giants in the region has led to increased congestion as well as an explosion in the area's real estate prices.

Radcliffe said the new Google campus will see it do "more with the local community."

"We're adding lots of bike paths and retail opportunities, like restaurants, for local businesses," he noted.

In nearby Cupertino, Apple won approval in 2013 for a shimmering flying-saucer-shaped headquarters after a tax break granted the technology titan was trimmed.

"Apple Campus 2" is described as a 21st Century creation designed for research, collaboration, and innovation.

Facebook meanwhile is upgrading its Menlo Park campus at the former headquarters of Sun Microsystems.

Gehry, known for his deconstructive style and buildings that sometimes appear unfinished, also designed the Stata Center at the Massachusetts Institute of Technology and the Cinematheque Francaise in Paris.

Facebook's new hub has been described as "a large, one-room building that somewhat resembles a warehouse."