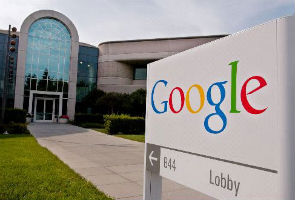 Highlights
Google said on Wednesday that it will build three data centres in Asia at a cost of more than $200 million, as the number of Internet users in the region soars along with stiff competition from rivals.

Google plans to build the new centres in Singapore, Taiwan and Hong Kong on a total of 22.6 hectares (56 acres) of land, the firm said. It currently owns and operates data centres in the US and Europe, but none in Asia.

The centres usually house computer and telecom systems with high security and backup power supplies and will improve the firm's service to customers in the region, it said.

"The number of users and the amount of Internet use in Asia is growing faster than anywhere else in the world," Taj Meadows, Google's Asia-Pacific policy communications manager, told AFP.

"A large number of users are coming online every day."

The search engine giant has faced stiff competition in Asia, particularly in the China market where domestic search services, including Baidu, are household names to a 485 million-strong internet population -- the world's largest.

A study released by the Economist Intelligence Unit on Tuesday said Asian economies are closing the gap on the West in terms of their IT competitiveness, as they strengthen copyright protection and implement regulatory reforms.

The study said the US retained its position as the world's most competitive IT industry, but seven Asian economies made it to the top 20, including Singapore, which ranked third overall, as well as Australia, Taiwan and Japan.
Comments