Google Raising Money to Fight Ebola, Will Match Donations Two to One 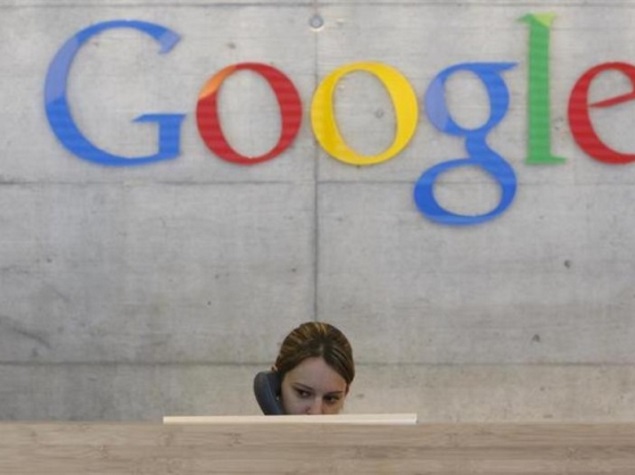 Google launched a campaign Monday to raise money to fight Ebola, tossing $10 (roughly Rs. 61 crores) million into the pot and saying it will match donations to the fund two to one.

In addition, Google chief executive and co-founder Larry Page said his family's foundation is contributing $15 million (roughly Rs. 92 crores) to the cause.

"Our hearts go out to everyone whose lives have been touched by this tragedy," Page said in a blog post announcing the campaign.

Google started collecting contributions at the website, where a message indicated that the two-for-one dollar match would continue until $7.5 million (roughly Rs. 46 crores) more in donations were collected.

Groups targeted by the California-based Internet titan to receive support included InSTEDD, Medecins Sans Frontieres, NetHope, and Save the Children.

The campaign comes less than a month after Facebook co-founder Mark Zuckerberg and his wife announced they were donating $25 million (roughly Rs. 150 crores) to help US efforts to contain the deadly Ebola epidemic.

"The Ebola epidemic is at a critical turning point... It is spreading very quickly and projections suggest it could infect one million people or more over the next several months if not addressed," Zuckerberg said on his Facebook page.

"We need to get Ebola under control in the near term so that it doesn't spread further and become a long-term global health crisis that we end up fighting for decades at large scale, like HIV or polio."

He said he and his wife Priscilla were donating the funds to the US Centers for Disease Control (CDC) Foundation.

"Grants like this directly help the frontline responders in their heroic work," Zuckerberg said.

"These people are on the ground setting up care centers, training local staff, identifying Ebola cases and much more."

The Ebola virus has already killed more than 4,800 people, most in the West African countries of Guinea, Liberia and Sierra Leone.

Underfunded health systems in the region have been crippled by the disease, which has spiraled out of control and infected more than 13,000 people.

The Bill and Melinda Gates Foundation in September pledged $50 million (roughly Rs. 300 crores) to help boost the fight against the Ebola outbreak, providing the funds to UN agencies and international organizations involved in the outbreak.