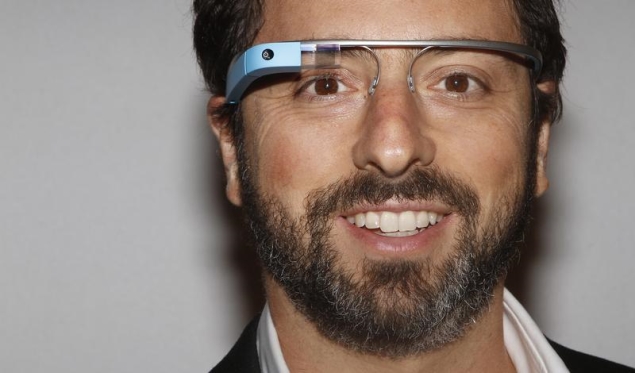 The allure of the iPhone was not its brushed metal or shiny touch-screen, but the apps that turned it into anything from a flute to a flashlight. Now, Google hopes that apps will do the same thing for Glass, its Internet-connected glasses.

On Monday night, Google released extensive guidelines for software developers who want to build apps for Glass. With those guidelines, it is taking a page from Apple's playbook, by being much more restrictive about the glasses than it has been with other products, particularly its Android operating system for phones, and controlling the type of apps that developers build.

Analysts said that is largely because Google wants to slowly introduce the technology to the public to deal with concerns like privacy.

"Developers are crucial to the future of Glass, and we are committed to building a thriving software ecosystem for them and for Glass users," Jay Nancarrow, a Google spokesman, said in a statement.

To begin, developers cannot sell ads in apps, collect user data for ads, share data with ad companies or distribute apps elsewhere. They cannot charge people to buy apps or virtual goods or services within them.

Many developers said they expected Google to eventually allow them to sell apps and ads. But Sarah Rotman Epps, an analyst at Forrester who studies wearable computing, said Google was smart to limit advertising at first.

"What we find is the more intimate the device, the more intrusive consumers perceive advertising is," she said. Still, she said many consumers had said they would like to interact with brands on Glass in certain ways, like a bank showing a balance while a user is shopping or a hospital sending test results.

On Tuesday, Google sold its first glasses for $1,500 to developers who had signed up last year.

Some developers said they were disappointed by the limits.

"It gives them a lot of control over the experience," said Frank Carey, a software developer and computer science graduate student in New Paltz, N.Y. "My hope is they make it as open as possible so that we can really test the limits of what this type of device would look like."

Carey built an app at a Google hackathon for taking photos of people you meet at cocktail parties and tagging them with their names and details to discreetly pull up the information when you see them again.

Other developers said it makes sense for Google to be more cautious than it is with mobile phones because Glass is always in a user's field of vision.

"You don't carry your laptop in the bathroom, but with Glass, you're wearing it," said Chad Sahlhoff, a freelance software developer in San Francisco. "That's a funny issue we haven't dealt with as software developers."

Sahlhoff said he wants to build apps for carpenters so they can see schematics without lifting their eyes from machines, and for drivers to see the speed limit and points of interest without taking their eyes off the road.

Just as the iPhone ushered in a new wave of computing on mobile phones, Glass could be the beginning of wearable computing becoming mainstream. But the question is whether people are ready to wear computers on their bodies, and to interact with others wearing them.

"Glass could be the next great platform for app development, like the iPhone," Epps said. "But the variable is whether consumers will want it or not, and that is a real unknown."

So far, wearable computing has been confined mostly to industries like health care and the military and to fitness devices like the Nike FuelBand. But as companies like Apple, Samsung and Google build wearable devices, the number shipped in 2016 could grow to 92.5 million, up from 14.3 million in 2011, according to IHS, a business research firm.

Google is slowly selling its first devices to people who have signed up in advance to buy them. The company has said it hopes to sell a less expensive and more polished version to consumers by the end of the year.

Glass wearers, using their voices, fingers or by moving their heads, can search the Web, take pictures and view walking directions, for instance. The screen is directly in front of the wearer's eye, but in the wearer's perception, appears to be a 25-inch high-definition screen eight feet away. The battery generally lasts a day, according to Google.

Developers and tech investors have clamored to get their hands on Glass. About 200 developers attended Google-sponsored hackathons to build apps. Three prominent venture capital firms started a partnership to seek startup pitches from Glass developers.

In addition to restricting advertising in apps, Google is also limiting the amount of access app software has to the devices. The apps, which will be called Glassware, will be cloud-based, like Web apps, as opposed to living on the device like cellphone apps. Developers will not be able to change the display or access the sensors on the device.

Jake Weisz, who works in IT in Chicago, is building tools to rapidly receive and respond to online updates, and said it would be less distracting to see them on Glass. "My current situation is that my phone buzzes, I check the notification, and often I barely get the phone put back away before it buzzes again," Weisz said. With Glass, he said, "I can glance upward without stopping what I'm doing."

So far, the only people who have worn the glasses for extended periods are Google employees and software developers - people who are comfortable with cutting-edge technology.

But Google is reminding developers to keep a mainstream audience in mind. Also in the guidelines: Make sure apps do not send updates too frequently and be sure to avoid doing anything consumers do not expect.

"Be honest about the intention of your application, what you will do on the user's behalf, and get their explicit permission before you do it," Google said.