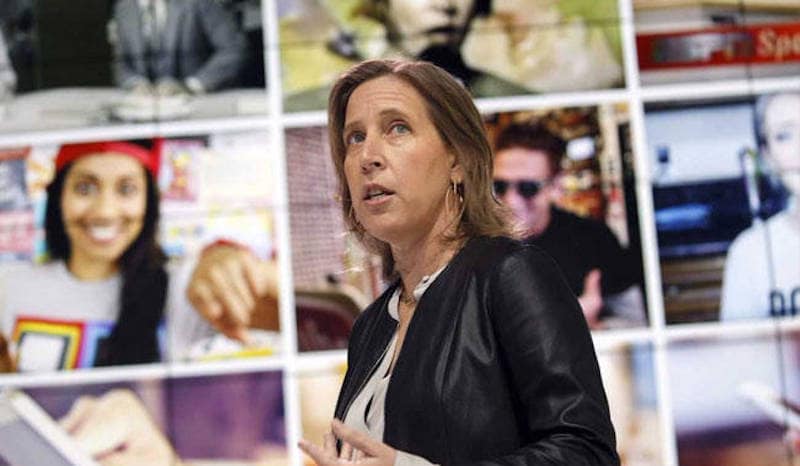 Like many Google leaders, YouTube CEO Susan Wojcicki probably faced some difficult questions from employees this week about the controversial employee memo that exploded on social media. But the most personal question may have come from her daughter.

In an essay published by Fortune on Wednesday, the CEO of YouTube, which is owned by Google, wrote that her daughter asked her about the memo, which raised questions about Google's diversity efforts and included statements about gender differences. It was written by a company engineer who was fired earlier this week in its aftermath. "Mom," her daughter asked her, "is it true that there are biological reasons why there are fewer women in tech and leadership?"

Before revealing how she answered her daughter, Wojcicki said the question has been "pervasive," based on her experience. "That question, whether it's been asked outright, whispered quietly, or simply lingered in the back of someone's mind, has weighed heavily on me throughout my career in technology."

She wrote that she's had her abilities and job commitment questioned, been left out of industry events and social gatherings, watched as outside leaders address her more junior colleagues in meetings and been interrupted and ignored. "No matter how often this all happened, it still hurt," she wrote.

As a result, "I thought about the women at Google who are now facing a very public discussion about their abilities, sparked by one of their own co-workers," she wrote. "And as my child asked me the question I'd long sought to overcome in my own life, I thought about how tragic it was that this unfounded bias was now being exposed to a new generation."

Wojcicki also directly addressed the engineer's dismissal. "As a company that has long supported free expression, Google obviously stands by the right that employees have to voice, publish or tweet their opinions," she wrote. "But while people may have a right to express their beliefs in public, that does not mean companies cannot take action when women are subjected to comments that perpetuate negative stereotypes about them based on their gender."

She also raised the question of "what if we replaced the word 'women' in the memo with another group?" such as black, Hispanic, LGBTQ employees. "Would some people still be discussing the merit of the memo's arguments or would there be a universal call for swift action against its author?"

In writing the essay, Wojcicki becomes the highest-ranking women at Google to have addressed the matter publicly, adding a key female executive's voice to the company leadership's response. While Danielle Brown, Google's vice president of diversity, integrity and governance released a statement earlier this week, saying that "like many of you, I found that it advanced incorrect assumptions about gender," Wojcicki's was much more personal. After thinking about all these issues, she wrote, "I looked at my daughter and answered simply. 'No, it's not true.' "

The author of the memo, which was first circulated on an internal network and then went viral online, wrote that "differences in distributions of traits between men and women may in part explain why we don't have 50 percent representation of women in tech and leadership." He wrote that "I value diversity and inclusion, am not denying that sexism exists, and don't endorse using stereotypes" and said that "I'm not saying that all men differ from women in the following ways or that these differences are 'just.' "

But he also said that women, on average, have more "extraversion expressed as gregariousness rather than assertiveness" and "higher agreeableness," which "leads to women generally having a harder time negotiating salary, asking for raises, speaking up and leading." He wrote that women on average have "higher anxiety, lower stress tolerance" and "look for more work-life balance." In a memo late Monday to employees, Google CEO Sundar Pichai wrote that "portions of the memo violate our Code of Conduct and cross the line by advancing harmful gender stereotypes in our workplace."

Wojcicki's essay in Fortune, which placed her at No. 16 on its last Most Powerful Women ranking (Wojcicki was also Google's 16th employee), is not the first time the longtime Googler has written a highly personal essay or op-ed to address issues related to women in leadership or technology roles. In 2014, she wrote a commentary in the Wall Street Journal titled "Paid maternity leave is good for business" about being the first Google employee to take a maternity leave and how she was about to go on her fifth one. While she outlined how paid leave improves productivity and morale, she also shared how "joining a startup pregnant with my first child was risky, but Larry [Page] and Sergey [Brin] assured me I'd have their support."

Earlier this year, she wrote an op-ed for Vanity Fair titled "How to break up the Silicon Valley boy's club," in which she candidly assessed what the tech industry needed to do to advance more women. One key, she wrote, was more mentorship, sharing a story about how she felt slighted after not being invited to a major conference, and was able to call on the legendary late Silicon Valley coach, Bill Campbell, for help.

"I started to question whether I even belonged at the conference," she wrote. "But rather than let it go, I turned to Bill, someone I knew had a lot of influence and could help fix the situation. He immediately recognized I had a rightful place at the event and within a day he worked his magic."