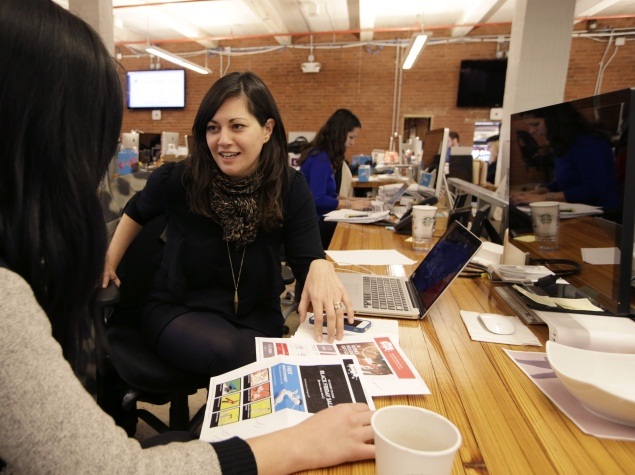 Strong demand boosted sales of infrastructure products like server, storage and Ethernet switches for global cloud IT by 25.1 percent year-on-year to $6.27 billion (roughly Rs. 39,787 crores) in the first quarter of 2015, research firm IDC has said.

The industry segment had an estimated revenue of $5.01 billion (roughly Rs. 31,793 crores) in January-March quarter of 2014. Cloud computing facilitates sharing of technological resources, software and digital information. It operates on a pay-per-use model, helping companies to cut costs as they do not have to invest heavily in infrastructure.

According to various industry reports, public and private cloud services is expected to be a multi-billion opportunity for IT firms as clients move to the cloud to host their data and applications to become more agile and increase cost efficiencies.

Interestingly, cloud accounted for nearly 30 percent of the overall spending on IT infrastructure in the January-March 2015 period, up from 26.4 percent a year ago, IDC said in a statement.

This is the second-highest growth in five quarters (in which IDC has tracked y-o-y revenue) and the second-largest in terms of total spending in nine quarters of tracking. 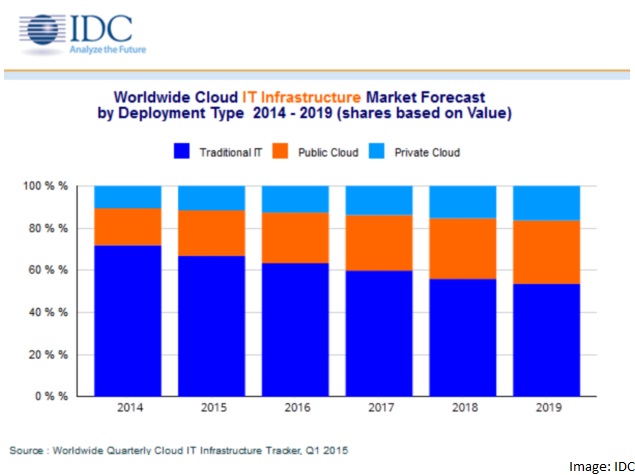 On the other hand, sales for public cloud grew 25.5 percent to $3.9 billion (roughly Rs. 24,763 crores). "Cloud IT infrastructure growth continues to outpace the growth of the overall IT infrastructure market, driven by the transition of workloads onto cloud-based platforms," IDC Research Manager (Server, Virtualisation and Workload Research) Kuba Stolarski said.

Both private and public cloud infrastructures have been growing at a similar pace, suggesting that customers are open to a broad array of hybrid deployment scenarios as they modernise their IT, Stolarski added.