Geta Load of This, Chinese Robot Parks Your Car for You 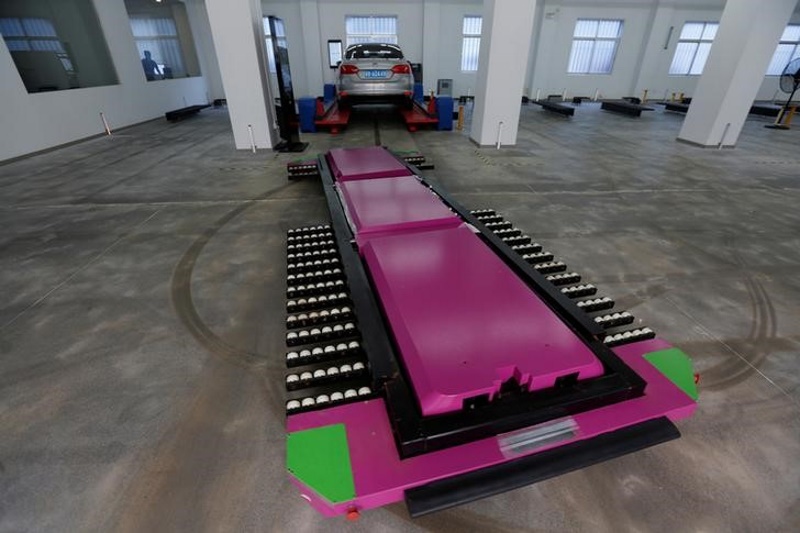 The dreaded act of parallel parking could soon become a thing of the past with Chinese inventors backing their new parking robot to take away the stress for anxious drivers.

The laser-guided "Geta" (get a car) robot slides under your vehicle, picks it up, finds a parking space in the lot and places the car in the tightest of spots.

The soon to be launched robot needs just two minutes to park a vehicle, does not need tracks, has 360 degrees mobility and will utilise space better than humans, said creators Yee Fung Automation Technology, based in the south China city of Shenzhen. 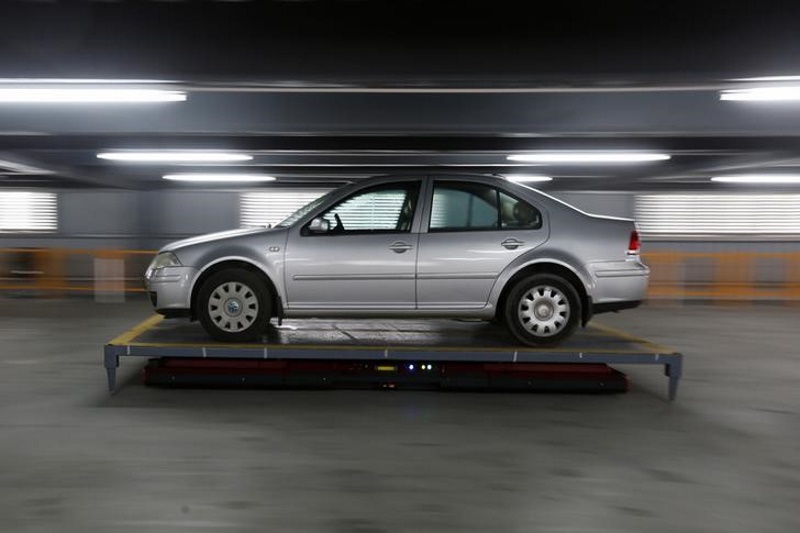 "The robot can go everywhere ... and will reform parking in the future."

Mainland China is expected to have more than 200 million cars by 2020, the government say, meaning that finding space to park could become increasingly difficult.

Wu said Geta finds spaces by transmitting signals to a computer containing a map which then directs the robot to an available spot.

The purple and lime green robot will cost more than CNY 1 million ($150,000) and Wu said there had been lots of interest from cities where space is at a premium.