"I have decided not to join the petition to run for president in 2020," Gou said. 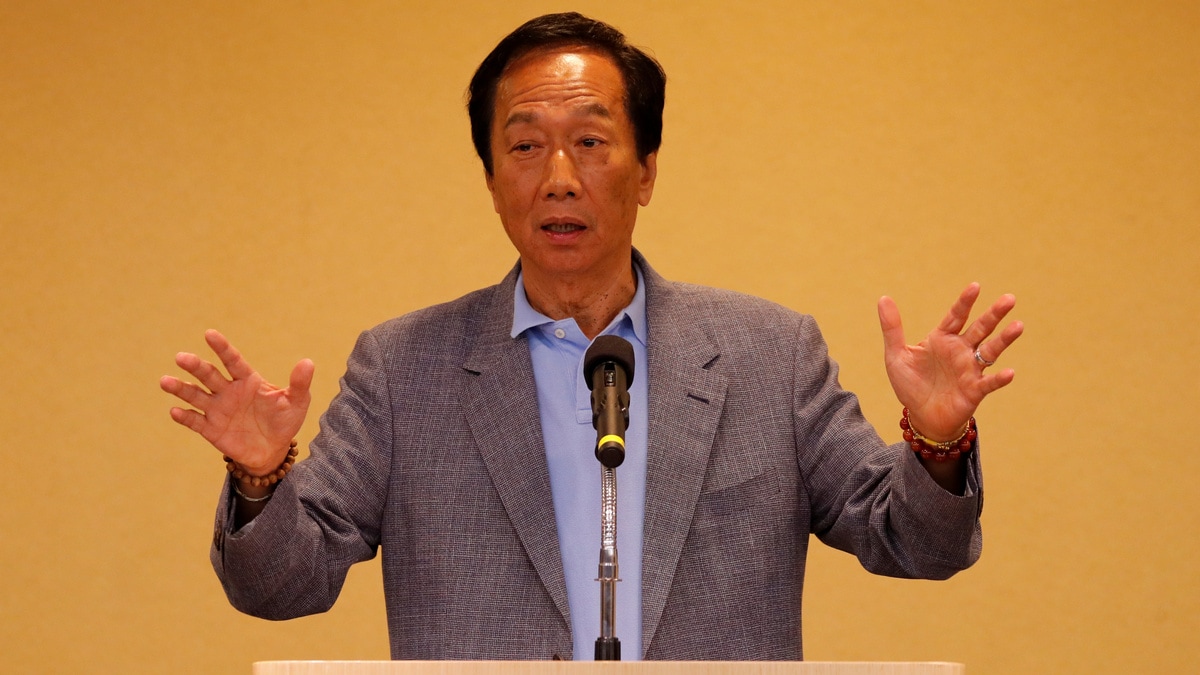 Terry Gou, founder of Apple supplier Foxconn, in a surprise move on Monday said he will not contest in Taiwan's 2020 presidential election.

Gou, Taiwan's richest person with a net worth of $7.6 billion (roughly Rs. 50,000 crores) according to Forbes, said in a statement late on Monday he would not join the already competitive race, after losing the presidential nomination from the opposition, China-friendly Kuomintang party (KMT) in mid-July.

"I have decided not to join the petition to run for president in 2020," Gou said in a statement, apologizing to supporters who had urged him to run for the presidency.

"I'd also like to say 'thank you' to everyone for your support and love," Gou said.

"Although I did not contest in the presidential election, it doesn't mean I have given up politics," he said, adding he would continue to push for the policies he proposed during the KMT primaries. He did not elaborate.

Gou's decision was a surprise to many amid widespread expectations he could run for the presidency as an independent, a move that could have complicated President Tsai Ing-wen's re-election bid and spelled trouble for KMT, whose presidential candidate, Han Kuo-yu, is struggling in opinion polls.

"We always believe that Chairman Gou will make the best decision that benefits the Republic of China," KMT said in a statement, using Taiwan's official name.

"We should let go of the past and look forward. Comrades of the party should unite as one," it said.

Gou's extensive businesses in China and ties with Beijing's top leadership already came under the spotlight, as analysts said they could turn off voters who are increasingly wary of Beijing's ambition to absorb the island.

He stepped down as chief of Foxconn this year, handing over the running of the company to an operations committee. But he retained a seat on the board of the company, formally known as Hon Hai Precision Industry.

Self-ruled Taiwan is set to hold presidential and legislative elections in January amid a delicate time with its neighbour China, which considers the island its own and has been ramping up pressure to squeeze Taiwan's space.