Exploride Inc., a startup company that developed a hands-free display device for cars to combine infotainment and GPS, has received 1,800 pre-orders from 50 countries and has brought in $500,000 (roughly Rs. 3.25 crores) within 40 days of its global launch.

The product known as "Exploride Heads-up Display" is priced at $299 (roughly Rs. 20,000) a piece. It combines display and gesture recognition technology to provide hands-free access to maps, calls, texts, notifications, music and onboard diagnostics of a car.

"Raising a whopping $512,718 (roughly Rs. 3.3 crores) in 40 days for a startup is a feat achieved by no other company in India," said Exploride founder and CEO Sunil Vallath.

"Your car's infotainment system, instrument cluster, navigation system, and your smartphone - all compete for your attention while you drive. Exploride puts all of them in one place, on a transparent display, so that you won't have to take your eyes off the road," he said.

The device has GPS, LTE and Google maps that direct the driver through the best route. It also has voice activated navigation that reminds the driver to take direction every time. 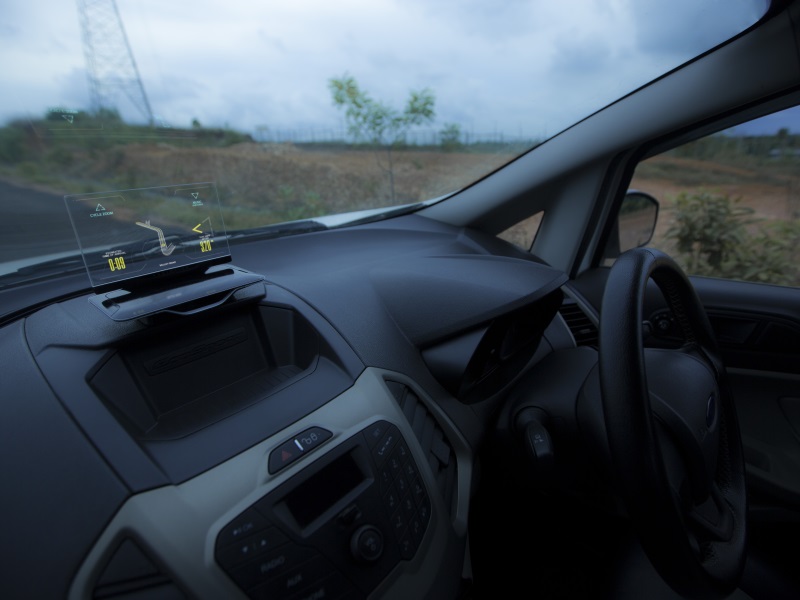 The driver can take phone calls or decline them, raise or lower the volume and cancel the noise with simple hand gestures.

To top it all, a dash-cam records the driving video which can be helpful in claiming insurance.

Vallath said he got the idea following an accident in which his wife was involved, partly due to the use of a smartphone.

"It prompted me to create a product that would reduce these distractions and keep the occupants of a car safe," he said.