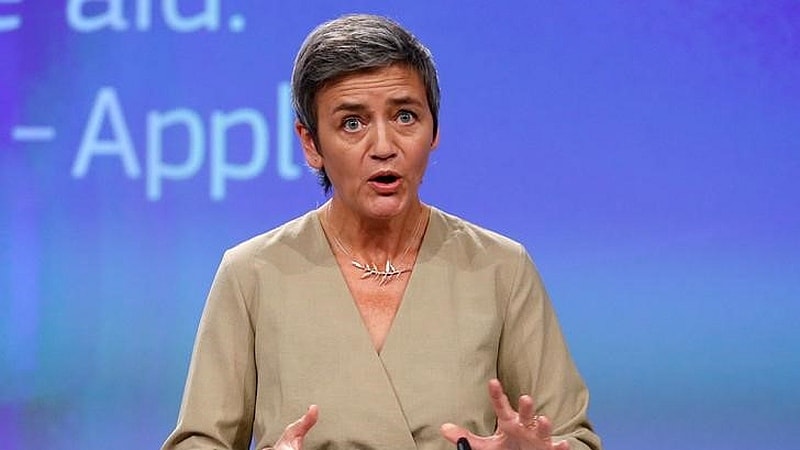 European Competition Commissioner Margrethe Vestager, who issued the record back-tax bill against Apple in August 2016, said she wanted to make sure the company now complies with the bloc's rules which ban unfair state aid.

"I have been asking for an update on the arrangement made by Apple, the recent way they have been organised, in order to get the feeling whether or not this is in accordance with our European rules but that remains to be seen," Vestager told a news briefing at an international tech summit in Lisbon.

"We are looking into this of course without any kind of prejudice, just to get the information," she said.

Vestager said her request preceded reports based on the "Paradise Papers" which showed that Apple shifted key parts of its business to Jersey as an offshore tax haven in a move to maintain a low tax rate. Apple has said no operations were moved from Ireland.

"We have no contact after the Paradise Papers. We are in the process. There is no particular need," she said.

The company had no further comment on Vestager's remarks on Tuesday.

According to the August 2016 decision issued by the EU, Apple met with the European Commission in 2015 to explain its new corporate structure as well as submitting a summary with the key elements as a follow-up.

Vestager also said it was too early to say whether the latest leaks on tax arrangements by companies would lead to any general investigations.

"That remains to be seen if we will open more cases after the Paradise Papers."

The Commission last month sued Ireland for its tardiness in collecting the money from Apple.

"We have no indication when it comes to the time perspective of Apple's recovery. We do have from the Irish government the progress made," she said.