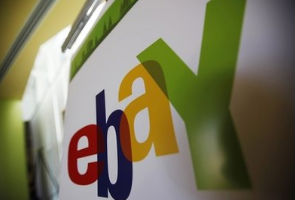 Highlights
Online retailers like eBay Inc. can be held responsible for the infringement of trademarks by goods they sell, Europe's top court said Tuesday.

The ECJ's clarification of EU laws came in response to questions referred to the court by the High Court in London in 2009. The U.K. court was seeking the ECJ's opinion in a case brought by French cosmetics company L'Oreal SA against eBay, which is based in San Jose, Calif.

L'Oreal complained that some of its products that were not deemed for sale in Europe were being offered on eBay and that the retailer was not making enough of an effort to prevent such sales.

While the ECJ said it was up to national courts to decide whether there was an infringement and order it to be stopped, it said that companies promoting the sale of goods online can be held responsible for what goes on on their websites.

"When the operator has played an active role' of that kind, it cannot rely on the exemption from liability which EU law confers, under certain conditions, on online service providers such as operators of internet marketplaces," the court said.

However, the court sided with eBay on one count, saying that online shopping sites are not using trademarks if they allow customers to display brand signs on their websites.

The ECJ's clarification could act as a reference in similar cases that have been brought against eBay by other companies complaining about counterfeits and trademark infringement.

But eBay Europe's senior director for government relations said Stefan Krawczyk that the judgment "provides some clarity on certain issues, and ensures that all brands can be traded online in Europe."
Comments