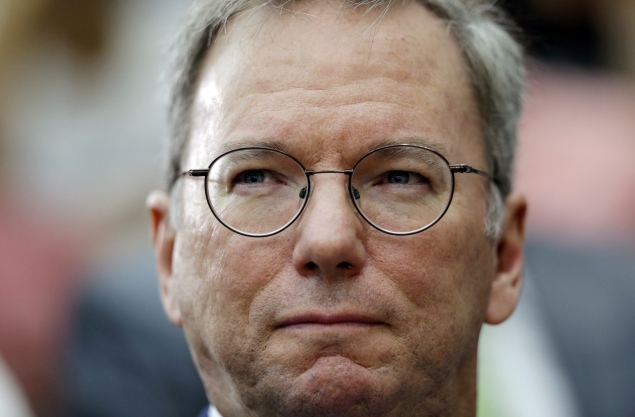 Responding publicly to Oracle CEO Larry Ellison's claims that Google "took [Oracle's] stuff," Eric Schmidt, executive chairman of Google, has posted a response on his Google+ page saying that the allegation was simply untrue and that a US District Court had also affirmed the same through its judgement.

Schmidt clarifies that the court had ruled that copyright did not extend to "structure, sequence and organisation" of computer APIs.

"We typically try to avoid getting dragged into public battles with other companies. But I've gotten a lot of questions about Larry Ellison's claims that Google "took [Oracle's] stuff". It's simply untrue -- and that's not just my opinion, but the judgment of a U.S. District Court.

Here are the facts. In 2012, after Oracle sued Google for patent and copyright infringement in a case involving Java and Android, a jury found that we had not infringed Oracle's patents. And the Court ruled that copyright could not be used to block others from using the "structure, sequence and organisation" of APIs, the language that allows different computer programs and systems to talk to each other. The ruling protects a principle vital to innovation: you cannot copyright an idea, like a method of operation. For example, no one can copyright the idea of adding two numbers together.

This case goes to the heart of the current and much-needed debate about patent reform. Patents were designed to encourage invention, not stop the development of new ideas and technologies.

And getting that right is what really matters. I know all of the above because I was heavily involved at Sun with Java and I had the privilege, thanks to Oracle, of testifying in this trial."