Election Results 2019: All You Need to Know About EVMs and VVPAT Voting Machines

A guide to the complete details about EVMs and VVPAT voting machines: 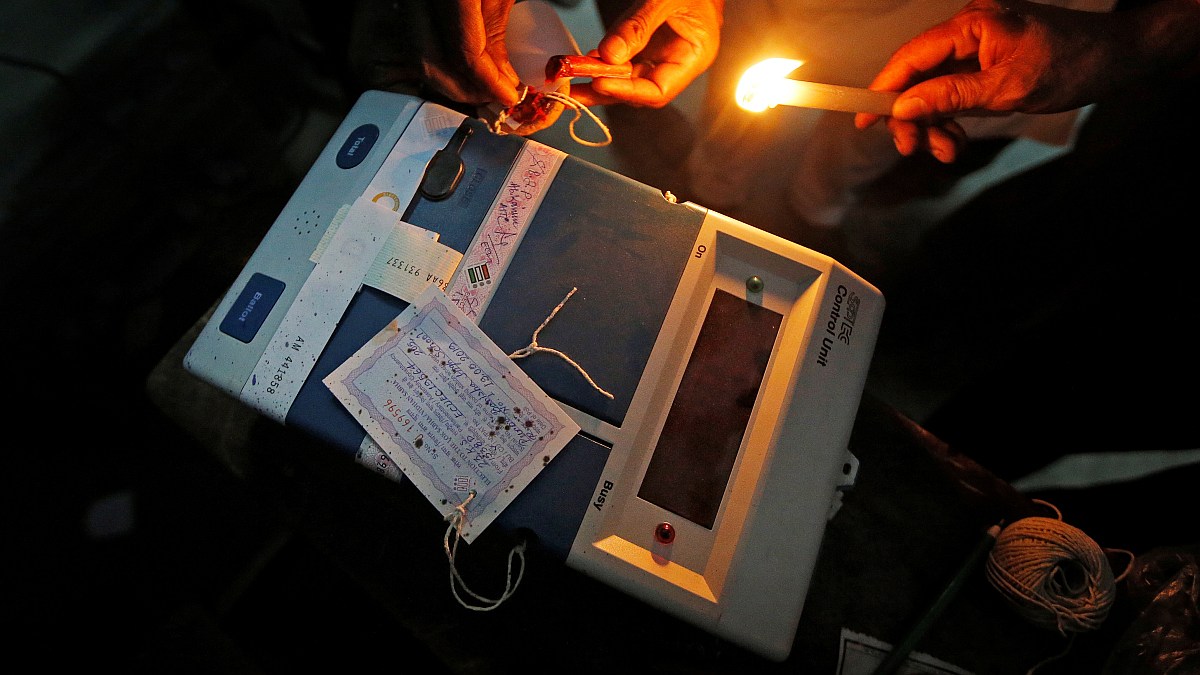 If an EVM of a particular polling station goes out of order, it is replaced with a new one.

Electronic Voting Machines or EVMs are machines that are used to conduct voting during elections in India. EVMs were first researched, developed, and tested by state-owned Electronics Corporation of India and Bharat Electronics Limited in the 1980s and 1990s, and introduced into the election process in a phased manner. The Election Commission of India has over the years constantly upgraded EVMs to guarantee accurate, safe, and transparent elections. The latest series of EVMs are VVPAT EVMs. VVPAT stands for Voter-Verified Paper Audit Trail. India is now a country that uses electronic voting for both national and state elections. Before the introduction of EVMs, India used paper ballots and manual counting - a method which could easily be misused, leading to problems like fraudulent voting, booth capturing, etc., where collection boxes could be stuffed with pre-filled fake ballots.

Electronic Voting Machines are considered tamper-proof and have multiple security features to ensure safe, accurate, and transparent elections. Here is a guide to the complete details about EVMs and VVPAT voting machines:

A) EVM stands for Electronic Voting Machine. Every EVM has two parts - a Control Unit and a Balloting Unit. The two units are connected by a five-meter cable. The Control Unit lies with the polling officer, whereas the Balloting Unit, on which citizens cast their votes, is placed inside the voting compartment. Before casting a vote, the polling officer presses the ballot button present on the control unit. This enables the voter to cast the vote by simply pressing the blue button present against the name and symbol of the candidate.

Q) What is a VVPAT EVM? What is different about it?

A) VVPAT stands for Voter-Verified Paper Audit Trail. This is the latest electronic voting machine, which aims at further increasing transparency and trust in the election process in India - the world's largest democracy. In VVPAT EVMs, the balloting unit, where votes are cast, is accompanied with a sealed box in which the voters choice is printed and stored. When a vote is cast on the electronic voting machine, a small paper slip bearing the name and symbol of the candidate is generated. This paper appears through a transparent window for 7 seconds so that the voter can double-check and be assured of who he/ she/ they have voted for. The slip then automatically falls inside a sealed safe box, attached to the EVM, thus maintaining a physical paper trail of all the votes cast.

Q) What are the advantages of using EVMs?

A) EVMs quicken the entire process of casting a vote. In paper voting systems, voters would first open and unfold the ballot paper, manually cast their vote under given specifications and guidelines, then fold it again, before finally putting it in a ballot box. Electronic Voting Machines however, involve just one step - pressing the blue button to cast vote. Similarly, EVMs help immensely during counting of votes by vastly reducing the time taken in the process. Election results can now be declared in a few hours, as opposed to 30 to 40 hours taken for manually counting ballot papers. EVMs are also far more eco-friendly. By using EVMs, the Election Commission has done away with printing of millions of ballot paper. Since the EVM run entirely on batteries, it can be used without the worry of power cuts, and also in the remotest of areas, where there is no electricity. The printed ballot process was also a far more expensive process. EVMs reduce cost considerably.

Q) Can EVMs be tampered or manipulated?

A) Not possible, says the Election Commission. However, some politicians or political parties seem to differ, and have made allegations. Till date, not a single instance of actual tampering of EVMs has been proven. The Election Commission of India had even organised a 'hackathon' challenging anyone to try and tamper with it, manipulate it, or prove their allegations. But at the end of it, not a single EVM could be tampered with.

Q) What are some of the other safety features of EVMs / VVPAT EVMs?

A) Electronic Voting Machines have additional safety features like electronically limiting the rate of casting votes to five votes per minute. Another safety feature is that an EVM being used by the Election Commission of India can record a maximum of 2,000 votes.

Q) Was the EVM invented in India? When was the first EVM introduced in elections?

A) Yes, the Electronic Voting Machine was invented in India, thereby making India the first country in the world to use it. EVMs were first used in 70-Parur Assembly Constituency of Kerala in the year 1982. MB Haneefa had invented the first Indian voting machine in 1980.

Q) What happens if an EVM in a particular polling station goes out of order?

A) If an EVM of a particular polling station goes out of order, the same is replaced with a new one. The votes recorded until the stage when the EVM went out of order remains safe in the memory of the Control Unit. Polling can resume once the new machine replaces the old one, thereby protecting all the votes cast. On counting day, votes recorded in both Control Units are counted to give the aggregate result of that polling station.

NASA Invites Public to Submit Their Names to Be Displayed on Next Mars Rover
4G Tablet Market Grows 62 Percent in Q1, With Lenovo in the Lead: CMR