E-mail gets an instant makeover 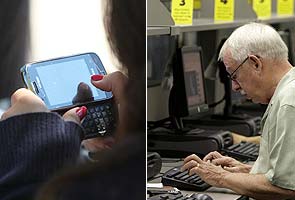 Highlights
Signs you're an old fogey: You still watch movies on a VCR, listen to vinyl records and shoot photos on film.

And you enjoy using e-mail.

Young people, of course, much prefer online chats and text messages. These have been on the rise for years but are now threatening to eclipse e-mail, much as they have already superseded phone calls.

The problem with e-mail, young people say, is that it involves a boringly long process of signing into an account, typing out a subject line and then sending a message that might not be received or answered for hours. And sign-offs like "sincerely" -- seriously?

Lena Jenny, 17, a high school senior in Cupertino, Calif., said texting was so quick that "I sometimes have an answer before I even shut my phone." E-mail, she added, is "so lame."

Facebook is trying to appeal to the Lenas of the world. It is rolling out a revamped messaging service that is intended to feel less like e-mail and more like texting.

The company decided to eliminate the subject line on messages after its research showed that it was most commonly left blank or used for an uninformative "hi" or "yo."

Facebook also killed the "cc" and "bcc" lines. And hitting the enter key can immediately fire off the message, à la instant messaging, instead of creating a new paragraph. The changes, company executives say, leave behind time-consuming formalities that separate users from what they crave: instant conversation.

"The future of messaging is more real time, more conversational and more casual," said Andrew Bosworth, director of engineering at Facebook, where he oversees communications tools. "The medium isn't the message. The message is the message."

The numbers testify to the trend. The number of total unique visitors to major e-mail sites like Yahoo and Hotmail is now in steady decline, according to the research company comScore. Such visits peaked in November 2009 and have since slid 6 percent; visits among 12- to 17-year-olds fell around 18 percent. (The only big gainer in the category has been Gmail, up 10 percent from a year ago.)

The slide in e-mail does not reflect a drop in digital communication; people have just gravitated to instant messaging, texting and Facebook (four billion messages daily).

James E. Katz, the director for the Center for Mobile Communications Studies at Rutgers University, said this was not the death of e-mail but more of a downgrade, thanks to greater choice and nuance among communications tools.

"It's painful for them," he said of the younger generation and e-mail. "It doesn't suit their social intensity."

Some, predictably, turn up their noses at the informality and the abbreviated spellings that are rampant in bite-size, phone-based transmissions. Judith Kallos, who writes a blog and books about e-mail etiquette, complains that the looser, briefer and less grammatical the writing, the less deep the thoughts and emotions behind it.

"We're going down a road where we're losing our skills to communicate with the written word," Ms. Kallos said.

Mary Bird, 65, of San Leandro, Calif., is another traditionalist, if a reluctant one. "I don't want to be one of those elders who castigate young peoples' form of communication," she said. "But the art of language, the beauty of language, is being lost."

Ms. Bird's daughter, Katie Bird Hunter, 26, is on the other side of the digital communications divide and finds her parents to be out of touch.

"They still use AOL," she says, implying with her tone that she finds this totally gross.

Ms. Hunter says she seeks to reach friends first by text, then by instant message, then with a phone call, and then by e-mail. "And then, while I'd probably never do this last one, showing up at their house."

Like a lot of younger people, Ms. Hunter, who works in construction management in San Francisco, says e-mail has its place -- namely work and other serious business, like online shopping. She and others say they still regularly check e-mail, in part because parents, teachers and bosses use it.

David McDowell, senior director of product management for Yahoo Mail, conceded that the company was seeing a shift to other tools, but said this was less a generational phenomenon than a situational one. Fifteen-year-olds, for example, have little reason to send private attachments to a boss or financial institution.

Yahoo has added features like chat and text messaging to its e-mail service to reflect changing habits, as has Gmail, which also offers phone calls.

"Mail is now only a part of Gmail," said Mike Nelson, a Google spokesman. "It's video conferencing, texting, it's I.M., it's phone calling."

Mr. Katz, the Rutgers professor, said texting and social networks better approximated how people communicated in person -- in short snippets where niceties did not matter. Over time, he said, e-mail will continue to give way to faster-twitch formats, even among older people.

The changing trends have even some people in their 20s feeling old and slightly out of touch, or at least caught in the middle.

Adam Horowitz, 23, who works as a technology consultant for a major accounting firm in New York, spends all day on e-mail at his office. When he leaves it behind, he picks up his phone and communicates with friends almost entirely via texts.

Yet he sometimes feels caught between the two, as when he texts with his younger brothers, ages 12 and 19, who tend to send even shorter, faster messages.

"When they text me, it comes across in broken English. I have no idea what they're saying," said Mr. Horowitz. "I may not text in full sentences, but at least there's punctuation to get my point across."