Disney CEO defends use of 3-D in movies 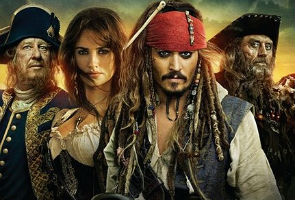 It's "way too early to write 3-D's epitaph," Iger said at the D: All Things Digital conference. "I think a lot of conclusions are being reached about a business that's still relatively new."

Industry experts point out that The Walt Disney Co.'s fourth "Pirates of the Caribbean" movie and the second installment of "Kung Fu Panda," from DreamWorks Animation SKG Inc., generated around 40 percent of their revenue from 3-D screenings, compared with about 60 percent from earlier films such as "Shrek Forever After" and "How to Train Your Dragon."

Some analysts trimmed estimates on DreamWorks and 3-D technology company RealD Inc. as a result. Shares of RealD are down about 14 percent since the weekend, DreamWorks shares are down 7 percent and Disney shares are off about 3 percent.

Higher ticket prices and a sense among consumers that 3-D is a gimmick are hurting attendance domestically, an effect that may carry over overseas, where 3-D is still booming.

"We suspect 3-D demand will slow over the coming year overseas as the `novelty' begins to wear off,' BTIG analyst Richard Greenfield wrote in a research note Tuesday.

Iger said that 3-D technology must be used in the right way or studios risk annoying moviegoers who are asked to pay a few dollars more for tickets.

"(If) people go to a film on the first weekend and pay the premium that they pay for 3-D and come out either not liking film or thinking it wasn't worth it in 3-D -- you can't hide that any more. Everybody knows it," he said. "So I think it has to be used carefully. When it's used it has to be used on the right film and in the right way technologically and creatively. You can't just `If you build it they will come.' You can't do that."

Hollywood has been hurt by a slow start this year with revenues from U.S. and Canadian theaters down 8 percent at $4.02 billion through the Memorial Day long weekend, according to Hollywood.com.