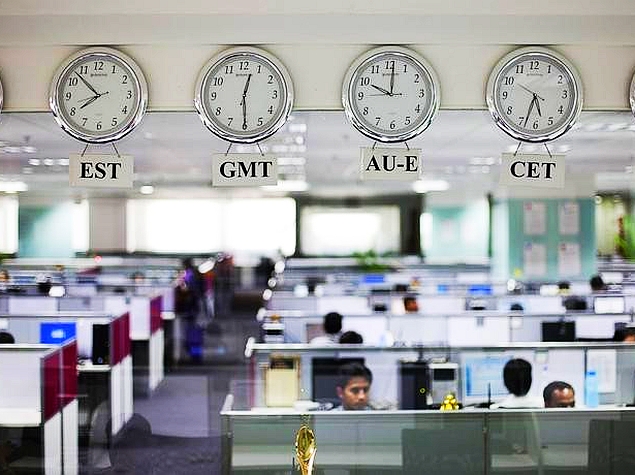 The company also forecast full-year 2015 revenue growth of at least 19 percent, higher than the 16.1 percent achieved in 2014, which was the weakest in the company's 20-year history.

Teaneck, New Jersey-based Cognizant, which gets a little over 75 percent of its revenue from North America but has most of its employees in India, forecast full-year revenue of at least $12.21 billion.

Revenue increased 17.4 percent in North America and 10.7 percent in Europe.

Analysts on average had expected a profit of 65 cents per share and revenue of $2.66 billion, according to Thomson Reuters I/B/E/S.

The company's healthcare clients include insurers, hospitals and some state-run exchanges set up under the U.S. Affordable Care Act, also known as Obamacare.

Through Tuesday's close of $55.10, the stock had risen 10 percent since Aug. 6 when the company warned of slowing revenue growth.