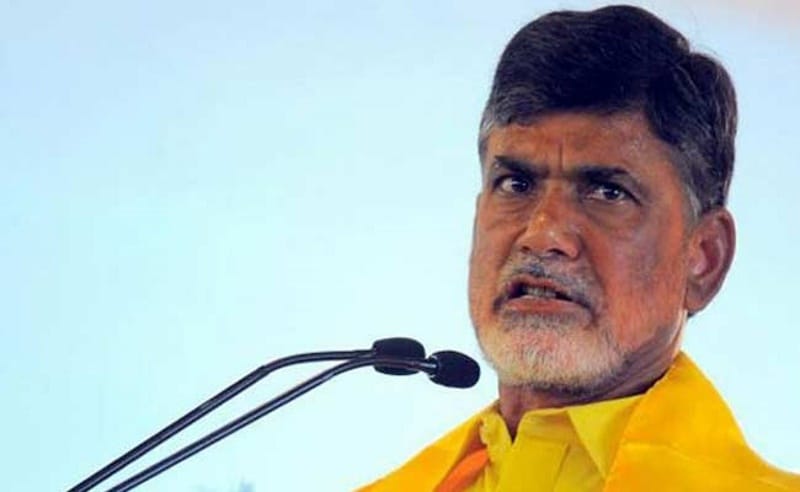 On the second day of his US visit, Andhra Pradesh Chief Minister N Chandrababu Naidu met top executives of some of the world's largest technology companies and sought investments from them in his state.

The much-anticipated Apple's foray into Andhra Pradesh got a fillip on Saturday following Naidu's meeting with the company's Chief Operating Officer Jeff Williams.

Naiu told Williams: "This is the right time for Apple Inc to invest in India as it has been growing consistently".

"Being a state that has just begun building itself from the scratch post-bifurcation, Andhra Pradesh offered tremendous opportunities. Apple would do well to enter AP which has been adjudged the best state to do business with and has a productive young population," the chief minister said.

Naidu will also receive the 'Transformative Chief Minister Award' during the United States-India Business Council (USIBC) West Coast Summit in Silicon Valley. The USIBC has selected Naidu for the award for his efforts to strengthen ties between the countries at the state level.

The summit will see the participation of 150 industry leaders from sectors such as information technology, banking, food processing, healthcare, clean energy and digital payment.

Texas-based Dell has expressed interest in setting up a data centre in the Andhra Pradesh capital. The technology giant expressed keen interest when Naidu met Srikanth Satya, a top executive of Dell in Dallas.

Naidu visited the University of Silicon Andhra after the NRI CEO's meet. Various MoU's were signed with Innova Solutions, I-Bridge Inc and EVX Solutions, which is expected to create over 12,000 jobs. Andhra govt aims to have a computer expert, entrepreneur and artist in every house.

Naidu also held a meeting with California Governor Jerry Brown and invited the US state to join hands with AP as "we build a greenfield capital with global opportunities". Among others who met Naidu were Gopi Sirineni, VP, Qualcomm, NIO USA CEO Padmasree Warrior, Mike McNamara, CEO of Flextronics.

The leaders expressed their interest in AP's Fiber Grid project, and expansion of their respective companies in the state.

Naidu appreciated the innovative efforts taken toward mobility and learnt about various features of the driverless car at Waymo during Google X visit. On Saturday, Naidu paid humble floral tributes to Mahatma Gandhi's statue at the largest Gandhi Memorial in Irving, near Dallas.

Naidu appreciated Prasad Thotakura, the person behind the initiative, and his dedicated management team for their relentless efforts in building huge memorial in 5 months with one million dollar budget and collaboration with Irving city officials.

Naidu was later in the evening greeted at the community wide reception by thousands of Indian origin Telugu community members at Irving, Conventions Center.

Indian Consul-General in Houston, Anupam Ray, welcomed Naidu at the reception and gave a quick overview of the Telugu community, praising them for their contribution in creating jobs and prosperity.

Naidu lauded the Indian Americans and people of Telugu origin for their enormous contributions and said that he was looking forward to make Andhra Pradesh a model state for the rest of the world by garnering strong business alliances in the USA.

Agreements for sister-state relations with California, Illinois and Iowa, and bilateral meetings with 35 CEOs of some of the world's biggest companies will be the highlights of the tour.

As per the Ministers US Itinerary from his office, he would visit the offices and manufacturing facilities of companies like Apple, Tesla, Cisco, Oracle and Flextronics.

During the visit, he would hold discussions with the Universities of Stanford, Iowa, North Texas and Dallas. MoUs would be signed with some of them, like the one for collaboration in seed science with the Iowa State University.