Upstart entrepreneurs and major manufacturers such as Samsung, Qualcomm and Sony certainly hope so.

Gadgets that you snap, buckle or fasten to your body are already marketed to fitness freaks obsessed with tracking every possible metric their bodies produce. There are countless smartwatches for tech nerds who'd rather glance at their wrists to check messages than reach for their smartphones. And thousands of people are already seeing the world differently with the help of the Internet-connected eyewear, Google Glass.

Even with the possibilities these devices offer today, gadget lovers can expect technology companies to stretch the wearable concept further this week in Las Vegas at the International CES event, the industry's annual trade show.

Several companies are expected to unveil wearable devices that are easier to use, extend battery life, and tap into the power of gestures, social networks and cloud computing.

The wearables wave is still in its early phases. Many of the technologies on display will offer a glimpse of the future -not necessarily products that are ready for the mainstream consumer.

These new gadgets are "like the first generation of the iPod," says Gary Shapiro, chief executive of the Consumer Electronics Association, the group that has hosted the trade show since 1967. "It was bulky and it wasn't that pretty. Look what happened. It got slimmer. It got better."

Industry analysts' estimates for the growth of wearables are rosy. Research firm IHS says the global wearables market - which also includes health products like hearing aids and heart-rate monitors - could top $30 billion in 2018, up from nearly $10 billion at the end of 2013.

While some of the growth will come from an aging population that requires more health-related monitoring at home, devices like the Fitbit Force activity band - which tracks a wearer's steps, calories burned, sleeping patterns and progress toward fitness goals - are also expected to gain popularity as deskbound workers look for new ways to watch their waistlines.

At this week's show, companies are likely to introduce improvements in wearable screens and battery life, says Shane Walker, an IHS analyst. The two are linked because the more a device tries to do, the more battery power it consumes. This creates demand for innovative low-power screens, but also for ways to interact with devices that don't rely on the screen, such as using hand gestures and voice.

"With wearable technology, it's all about battery consumption," Walker says.

What's driving the boom in wearable device innovation is the recent widespread availability of inexpensive sensors known as microelectromechanical systems (MEMS). These are tiny components like accelerometers and gyroscopes that, for instance, make it possible for smartphones to respond to shaking and for tablets to double as steering wheels in video games. 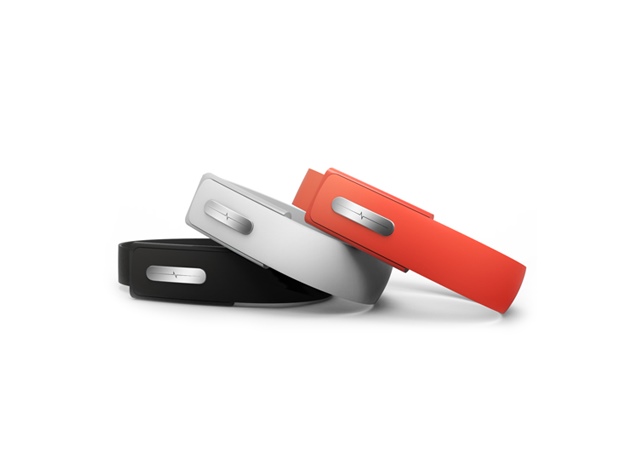 There are also sensors that respond to pressure, temperature and even blood sugar. Toronto-based Bionym Inc. will show off its Nymi wristband at CES. The gadget verifies a user's identity by determining his or her unique heartbeat. The technology could one day supplant the need for passwords, car keys and wallets.

Waterloo, Ontaro-based Thalmic Labs Inc. plans to show off how its MYO armband can be used as a remote control device to operate a quadricopter drone. The band responds to electricity generated in forearm muscles as well as arm motions and finger gestures.

Co-founder Stephen Lake says the MYO is more akin to a mouse or keyboard that controls activities than the latest line of smart wristbands that simply track them.

"We've seen this shift away from traditional computers to mobile devices," Lake says. "Our belief is that trend will continue and we'll merge closer with technology and computers. New computer-human interfaces are what can drive these changes." 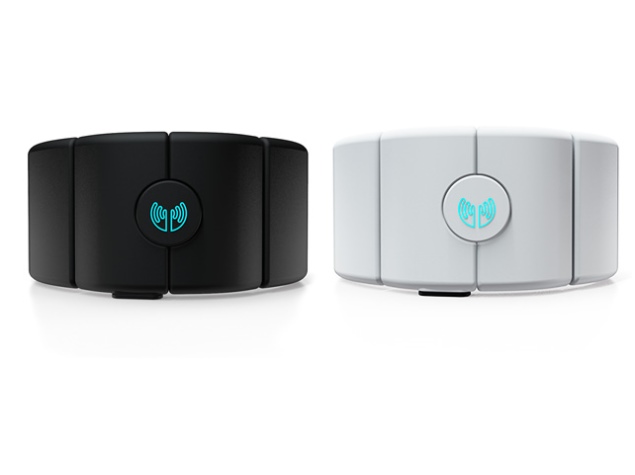 Wearables may not gain broad acceptance until sensors advance to a point where they can track more sophisticated bodily functions than heart rate, says Henry Samueli, co-founder of Broadcom Corp., the company that makes wireless connectivity chips for everything from iPhones to refrigerators. Monitors that measure blood sugar, for instance, still require test strips and pin-pricks.

"If you can monitor your blood chemistry with a wearable, now there we're talking about something pretty compelling," Samueli says. "Then I think the market will take off in a big way."

Companies are also expected to tweak the business models for wearable gadgetry as the devices become more mainstream. Fitness-focused wearables could one day help lower your health-care premiums if your insurer can verify your exercise regime. Always-on wristbands that know who you're with -and their preferences- could become vehicles for location-based restaurant advertising.

"I think you're going to see a lot of maturity in 2014 in the way companies think about their business," says J.P. Gownder, an analyst with Forrester Research.

Right now, the market is a swirling cauldron of ideas and products. Eventually, a winner may emerge.

Josh Flood, an analyst with ABI Research, says "the killer app" for a wearable product with the right mix of form, function and price "hasn't been identified yet."