Carmakers to Tech Partners: Keep Your Hands Off Our Data 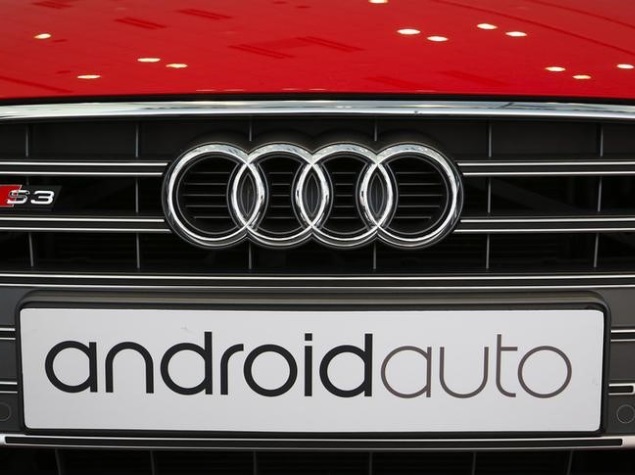 Carmakers are limiting the data they share with technology partners Apple Inc and Google Inc through new systems that link smartphones to vehicle infotainment systems, defending access to information about what drivers do in their cars.

Auto companies hope that the vehicle data will one day generate billions of dollars in e-commerce, though they are just beginning to form strategies for monetizing the information. Apple and Google already make money from smartphone owners by providing a variety of products and services, from digital music to targeted advertising, and connecting phones to car systems will almost certainly extend their reach.

But as infotainment systems such as Apple's CarPlay and Google's Android Auto become more widespread, auto companies hope to keep tech providers from gaining access to a wealth of potentially profitable information collected by computer systems in cars.

Some auto companies have specifically said they will not provide Apple and Google with data from the vehicle's functional systems - steering, brakes and throttle, for instance - as well as information about range, a measure of how far the car can travel before it runs out of gas.

"We need to control access to that data," said Don Butler, Ford Motor Co's executive director of connected vehicle and services. "We need to protect our ability to create value" from new digital services built on vehicle data.

High stakes
The stakes are potentially huge: General Motors Co told investors earlier this year that it expects to realize an additional $350 million (roughly Rs. 2,218 crores) in revenue over three years from the high-speed data connections it is building into its cars.

Consultant AlixPartners estimates global revenues from digitally connected cars will grow in value to $40 billion (roughly Rs. 2,53,519 crores) a year worldwide by 2018, from $16 billion (roughly Rs. 1,01,407 crores) in 2013, and auto companies would like to hold on to as much of that money as possible.

"The risk is, if you give up control and somebody else figures out that business model, then you lose the future revenue stream," said Friedmar Rumpel, vice president in AlixPartners' automotive practice.

Auto companies hope to profit from in-vehicle data in a variety of ways, including the provision of travel planning services and auto repair and service information they hope will bring drivers to dealerships. They also expect to work with insurance companies, providing information that would allow insurers to base their rates on a driver's behavior behind the wheel.

While many automakers have signed up to use CarPlay and Android Auto, systems designed to make it easier and safer for drivers to use the apps and features on their smartphones while driving, some car companies also have designed their own systems.

Ford is installing a proprietary system, Sync 3, in its cars that is designed to work with and supplement CarPlay and Android Auto.

Volkswagen AG's Audi subsidiary is hoping to develop and license its own brand-specific apps, while attracting third-party programmers to create and customize car-specific apps, according to Mathias Halliger, Audi's senior systems architect for connected vehicle technologies.

"This enables a business model that completely belongs to the carmaker," Halliger said.

Still to be answered, however, are questions concerning how comfortable consumers will be with sharing their personal information from the vehicle. In addition, state and federal regulators could impose limits on data-gathering and sharing.

In the meantime, policies on data access and sharing differ from company to company.

Several automakers said they are sharing minimal vehicle information that directly affects the performance of third-party infotainment systems - for example, GPS coordinates to enable navigation; information about whether the dashboard screen is in day or night mode; and notification of when vehicles are in reverse gear, so rear-view video displays can be activated.

GM is integrating Apple's and Google's infotainment systems into its vehicles without "any outgoing data or shared revenue," a spokesperson said.

VW says it is treating the tech companies more as strategic partners and is being more open in terms of data access - a different stance from its sister brand Audi, which makes such decisions on its own and has restricted access to vehicle data.

A VW spokesperson said Apple and Google had "asked for more data than we were willing to share," but that the automaker is providing access to "data points that are important to providing the best apps performance and user experience."

The car companies recognize that Apple and Google can glean a wealth of information from the mobile devices that users bring into the car, said Thilo Koslowski, vice president and automotive practice leader at consultant Gartner.

As for Apple's and Google's interest in connecting with drivers, he added, "it's all about tying you into their ecosystems."

Apple says it is collecting only limited data to enhance the in-car services offered through CarPlay, such as GPS information from the vehicle to make Apple Maps as accurate as possible.

"As with all of our products, CarPlay is built from the ground up to protect your privacy using the same industry-leading safeguards already at work on iPhone," Apple said in a statement. "All of the data is anonymized, not connected with other Apple services, and is not stored by Apple, so no one can build a profile about the driver or their travels."

Google says its aim is to integrate data from the car with features on Android Auto "for an improved driving experience."

With Google's Android Auto, the driver is asked whether he or she agrees to share user-generated data with Google and third-party app providers, a Google spokesperson said.

Vehicle owners who bring their mobile devices with them can elect whether or not to connect those devices inside the car.

ZTE Nubia My Prague With 5.5mm Thickness, Android 5.0 Lollipop Launched
WhatsApp May Soon Get 'Like' and 'Mark as Unread' Features: Reports