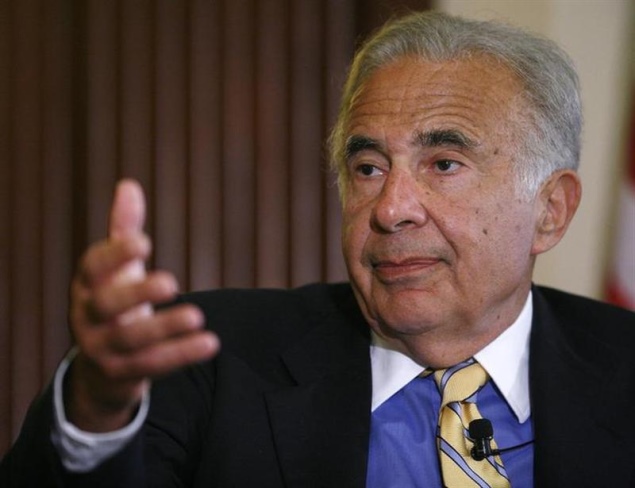 Activist investor Carl Icahn disclosed Thursday that he owned about 3.88 million shares of technology giant Apple Inc. at the end of September, a regulatory filing showed.

Icahn revealed on social media platform Twitter on August 13 that his investment firm had a "large position" in Apple, but did not specify the size of the stake at the time.

Icahn, who has demanded a $150 billion buyback publicly and privately to Apple chief executive Tim Cook since August, has said that Apple shares could trade at $700 with a larger stock buyback.

Based on that closing price and the stake revealed in the filing with the Securities and Exchange Commission, Icahn's stake in the company at the end of the third quarter was worth about $1.85 billion.

In a letter to Cook made public on October 24, Icahn revealed that he had increased his stake in Apple to just over 4.7 million shares since dining privately with Cook in September- underscoring his belief that the stock was undervalued.

Shares in Icahn's investment firm Icahn Enterprises L.P. have risen more than 158 percent this year and were up 2.4 percent to trade at $115.38 at the close of trading Thursday.

Icahn's investment fund rose 26.3 percent from the start of the year through September 30, owing to investments in companies like Netflix and Herbalife, according to his firm's 10Q regulatory filing earlier this month.